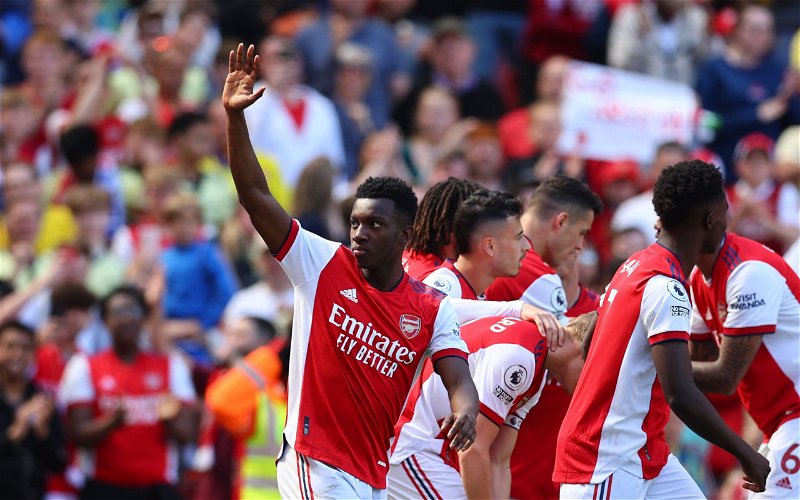 Newcastle United are among the clubs keen on signing Arsenal striker Eddie Nketiah, according to The Daily Mirror.

It seems the club will have to be smart when it comes to signings this summer amid FFP concerns.

While that’s not to say the Saudi Arabian owners won’t back Eddie Howe, most of the reports in regards to the first transfer window under PIF point to a relatively low-key one in terms of spending. Indeed, all of Chris Waugh, Mark Douglas and Luke Edwards have hinted at such, with the focus on bringing in quality over quantity.

With that in mind, Nketiah is an attractive target. Young, English and out of contract in the summer, the forward has impressed when given a run in Arsenal’s first-team of late, scoring four times in his last five Premier League starts.

Mikel Arteta is understood to want to keep him, while there are a number of clubs in both England and in Germany reportedly interested in making a move.

How badly do Newcastle need another striker?

Signing a new forward is understood to be high up on the club’s priority list.

Having missed out on a new attacking player on deadline day in January, Eddie Howe’s team have been short of firepower. While Chris Wood’s two goals in seventeen games might not tell the whole story in regards to his impact on the team, it’s hard to suggest he should continue as Newcastle’s main striker. 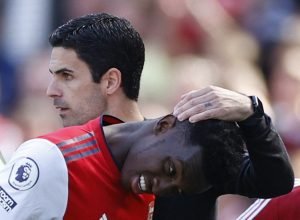 In an ideal world, Callum Wilson would continue as such, although his patchy-injury record makes it hard to rely on him over the course of a season.

Nketiah, then, looks ideal. At just 22, there’s surely a huge scope for improvement from a player already scoring goals at one of England’s biggest clubs.

What has been said about Eddie Nketiah?

“His contract is about to run out? I’m amazed by that. He will not be short of teams wanting him. He looked a threat throughout and he’s up for the fight.

“I really like him and against West Ham, I thought he was fabulous. He’s put himself in the shop window. If that is his general standard, he will not be short of teams wanting to take him.”