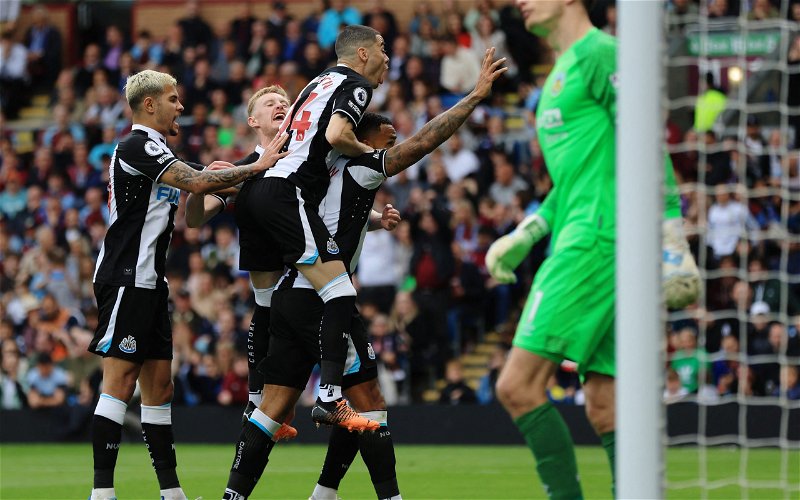 Despite links with a move away from the club, Almiron enjoyed a strong run to the end of the season.

The Paraguayan international made the most of his chance following Ryan Fraser’s injury against Wolves, starting the final six games of the campaign and scoring a Goal of the Season contender during April’s win over Crystal Palace.

With Newcastle likely needing to sell before they can buy, however, the 28-year-old has been touted as one of the club’s sellable assets.

Speaking to Versus Radio (via The Athletic’s Chris Waugh), Daniel Campos – the agent Steve Bruce fell out with – once again revealed his client has a release clause of around £60m but is happy with life at St James’ Park.

What does the future hold for Miguel Almiron?

A hard-working player capable of playing across the frontline, Almiron was amongst the top three in the Newcastle squad for pressing actions made last season (432, via FBREF). Liberated as a No.10 in the early part of 2021 as Bruce’s side pulled away from the relegation zone, he proved his quality as a winger when scoring that brilliant goal against Palace.

Still, while the quality is there, the consistency simply isn’t. There is more to football than purely goals and assists of course but Almiron has only scored nine goals and registered three assists in the Premier League since his January 2019 arrival.

With only two years to go on his contract, now looks the ideal time to sell amid links with a move for Bayer Leverkusen winger Moussa Diaby. 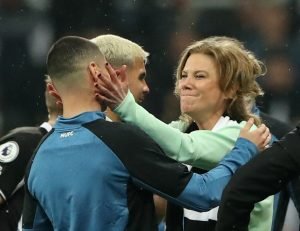 Not a first-choice under Eddie Howe when Fraser is fit, Diaby’s potential arrival would surely only push him further down the pecking order.

Given his lack of end-product, it seems almost impossible to imagine anyone matching his release clause but at least a sale would help raise further funds.

What has been said about Almiron?

“They’ve got to start looking now,” he said.

“That’s why they’ve got the richest owners in the world, to spend big money on the cream of the crop in order to realise their dreams and aspirations at the top of the table.

“They will already be looking and planning ahead of this transfer window now, and unfortunately for Almiron – I can’t see how he fits in next season.”