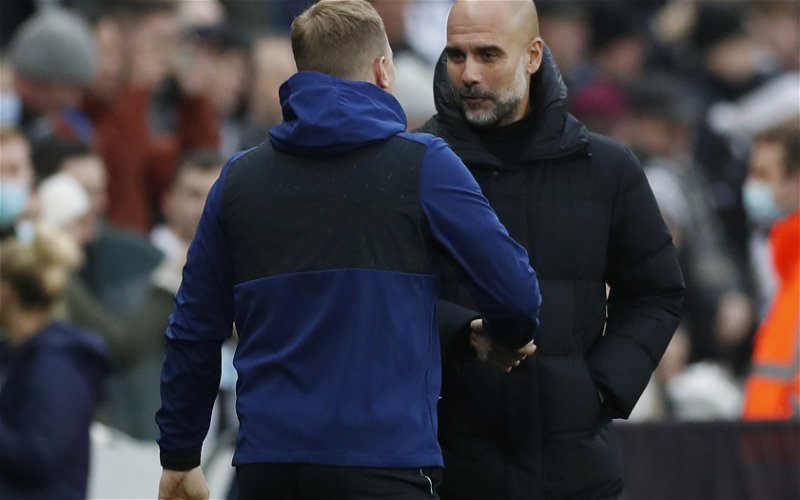 A trip to Manchester City is up next for Eddie Howe’s Newcastle United in a game that could have a huge say on the Premier League title race.

While this Newcastle team certainly gave a better account of themselves against Liverpool last time out than previous incarnations, few would doubt the fact they rarely truly threatened Jurgen Klopp’s side was disappointing.

The hope, then, is that Newcastle can get at City and create more problems in an attacking sense. Certainly, that won’t be easy and Pep Guardiola’s team have lost only twice at home all season, but perhaps the manner of their shock Champions League exit at the hands of Real Madrid can be acted upon.

The Etihad Stadium in Manchester will host.

Where to watch Manchester City vs Newcastle

Live stream: Sky Sports subscribers will be able to watch the game through the Sky Go App.

Kevin De Bruyne is available for selection after Guardiola confirmed his withdrawal in Madrid was purely a tactical one. Kyle Walker limped off inside the Santiago Bernabeu and a late decision on his ankle problem will be made. John Stones, however, is a major doubt.

For Newcastle, Howe has confirmed there is a strong chance Callum Wilson will feature in at least some capacity in what could be his first appearance since December’s draw with Manchester United. In a further boost, a decision will be made on Kieran Trippier too, with the England international close to a return.

Fabian Schar is a doubt, meaning Jamaal Lascelles looks the most likely candidate to partner Dan Burn in defence.

In any other week, backing an away result would seem strange, although City’s European heartbreak could have a major impact on their title run-in, particularly after such an emotional rollercoaster of an evening.