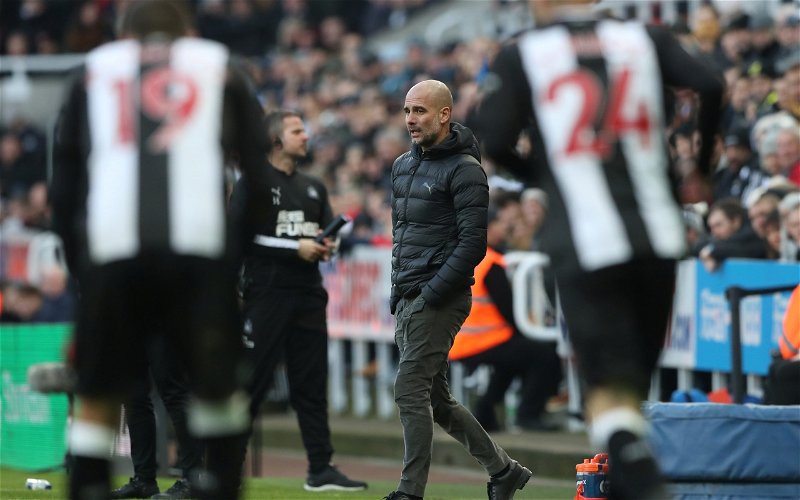 Following the PIF takeover in October, much has been made about just how high Newcastle can challenge at the top of the game.

Indeed, Amanda Staveley herself has been bullish about wanting the club to compete for titles, although there does appear to be a need for a building process rather than than rushing into a period of lavishly spending for the sake of it.

Clearly, City are miles ahead of Newcastle at the moment and, such has been their dominance, there is absolutely no guarantee they will ever be caught even if the Saudi Arabian owners continue to invest.

Naturally, there have been comparisons drawn between the two clubs. Neither were exactly enjoying their most successful period prior to Middle Eastern investment and City do represent something of a template for Newcastle.

Building from the ground up, they have raised their game behind the scenes and are now reaping the rewards.

What did Guardiola say about Newcastle’s owners?

Speaking ahead of Sunday’s game with City, Guardiola said (via The Independent): “I think the intention is like this.

“With Sheikh Mansour and these incredible facilities, and the CEO to get resources and the sponsors and everything, we are where we are.

“I didn’t speak with the owners of Newcastle but I think they’re going to try to do it. If they are going to do it or not, I don’t know. Nobody knows.”

What are Newcastle’s next steps?

Plans to upgrade the club’s training base have been submitted, which will likely prove crucial in helping Newcastle grow over the years.

As for this summer, Chris Waugh of The Athletic has suggested FFP restrictions will more than likely result in the club looking to sign between 4 and 6 players for around £80m.