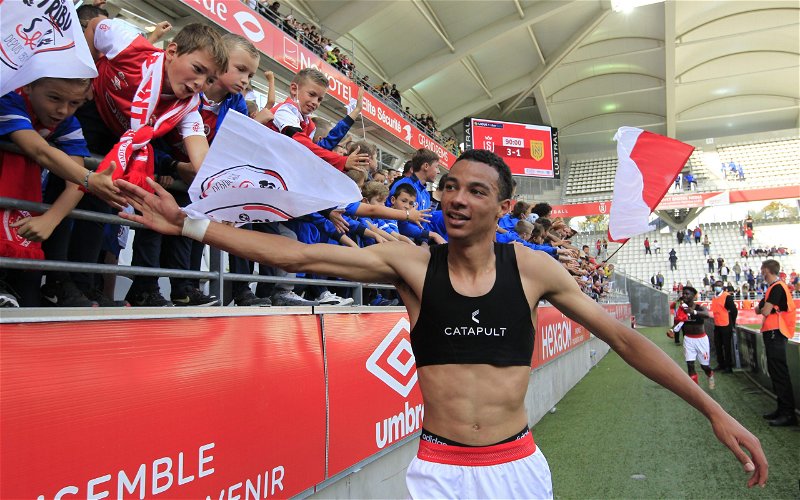 Newcastle United have made Reims forward Hugo Ekitike their number one transfer target ahead of the first summer window under the PIF ownership, according to Football Insider.

Despite the January transfer window largely being seen as a success, Newcastle failed to sign another goal threat. Indeed, there might be more to Chris Wood’s game than merely putting the ball in the back of the net, but the constant injuries to Callum Wilson quite clearly deprive Eddie Howe’s team of a consistent and prolific presence up front.

Both Ekitike and Jesse Lingard were targeted on deadline day as the club looked to introduce more firepower into the squad but, according to Fabrizio Romano, the young striker preferred the idea of staying at Reims until the end of the season.

Still, the report suggests recruitment staff have kept a close eye on the 19-year-old since and Howe has made him his top attacking target. For their part, Newcastle reportedly believe they are in the driving seat to land the £25m-valued striker.

How many goals has Hugo Ekitike scored this season?

In only 14 Ligue 1 starts this season, the teenager has scored nine times. More impressively, Reims have only scored 32 times in 30 games so far, meaning Ekitike has scored just over 28% of their goals in what is the first campaign in which he’s played regular football in one of Europe’s major leagues.

According to FRBEF data, Ekitike’s underlying numbers rank very highly indeed when compared to other strikers playing across the big five leagues over the past year. Ranking within the top 92% of forwards for non-penalty expected goals per game (0.63), he certainly looks a real talent.

What has been said about Hugo Ekitike?

Speaking to Ligue 1’s official website in January, former Parma and Bordeaux midfielder Johan Micoud said: “It’s been a very long time since I’ve seen a player with a style such as his. The way he moves and the way he runs reminds me of a great player, David Trezeguet.”