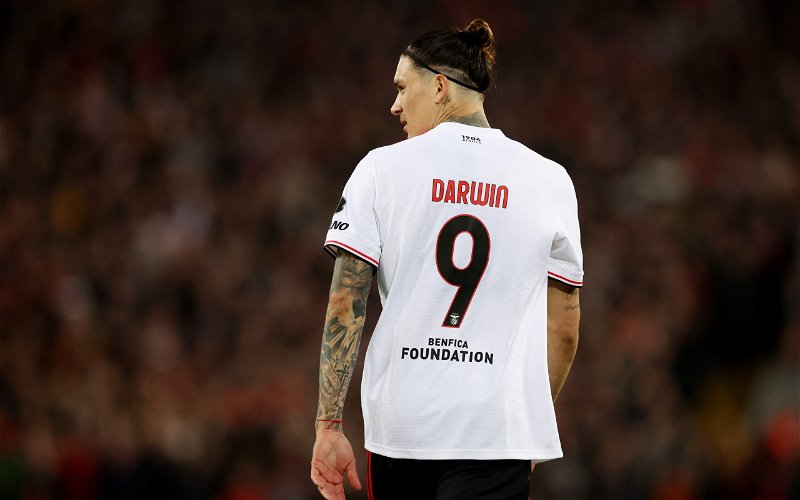 Darwin Nunez would likely “baulk at offers” from teams not playing in the Champions League this summer, according to iNews.

The Benfica forward has been strongly linked with a move to St James’ Park this summer, the first extended transfer window under the PIF ownership.

As one of the most in-demand forwards in Europe, Newcastle reportedly hope to make the 22-year-old the shining star of their new project.

Still, such is the level of interest in the Uruguay international, it will not be an easy task to get him to join. Indeed, the likes of Chelsea, Manchester United and Paris Saint-Germain have been linked, while scouts from Atletico Madrid were said to have been in attendance at Anfield for Benfica’s thrilling Champions League draw with Liverpool on Wednesday night.

How many goals has Darwin Nunez scored this season?

In 37 appearances across all competitions, the former Almeria forward has scored 32 times, including 6 in 10 Champions League outings.

Nobody in the Portuguese league has scored as many (24) in what has been a breakthrough campaign for Nunez.

FBREF data, meanwhile, points to some promising underlying numbers too. Indeed, the 22-year-old ranks within the top 80% of strikers playing in Europe’s major leagues over the past year for progressive carries per game (5.42), dribbles completed over the same period (1.61) and touches within the opposition penalty area (6.16).

Clearly more than just a goalscorer, it’s easy to see why there is so much interest in Nunez.

How much could Nunez cost this summer? 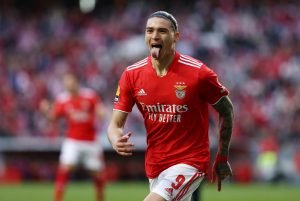 What has been said about Nunez and Newcastle?

Speaking on The Athletic’s Pod on the Tyne podcast in March, reporter Chris Waugh said: “He’s someone Newcastle, certainly Steve Nickson the head of recruitment, has liked for a long while, they’ve watched a lot.

“There was almost surprise in January that they didn’t make a bid in the end because there has been a lot of interest. They’ve watched him extensively.”