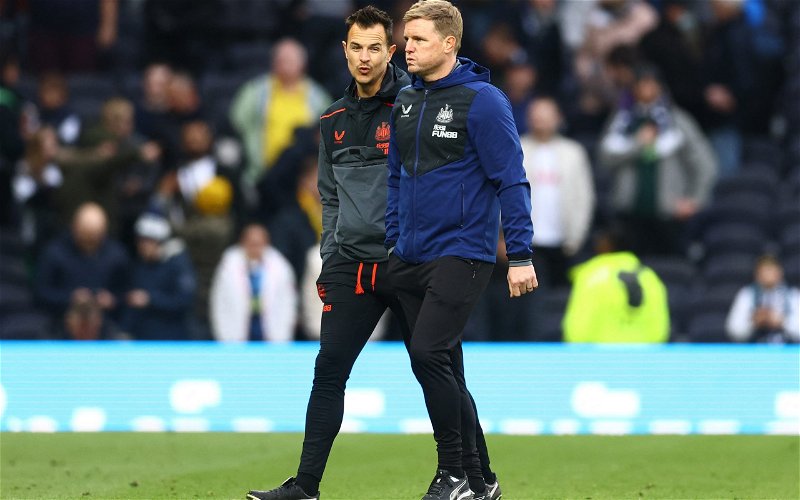 The midfielder, who has once again established himself as a key player in the post-Steve Bruce era, has been suffering with a knee problem and is thought to have played through the pain barrier against Tottenham last Sunday.

That could lead to Bruno Guimaraes getting his first start in front of a home crowd alongside Joelinton and Jonjo Shelvey in the centre of the park.

Elsewhere, Howe has revealed there has been a spate of illness throughout the team although did not reveal any names. Miguel Almiron, however, was absent from the squad in north London

Aside from relatively long-term absences Federico Fernandez, Callum Wilson and Kieran Trippier, Willock would appear to be the only player there is a doubt about.

Largely, it’s hard to see too many changes, even after a poor result at Spurs.