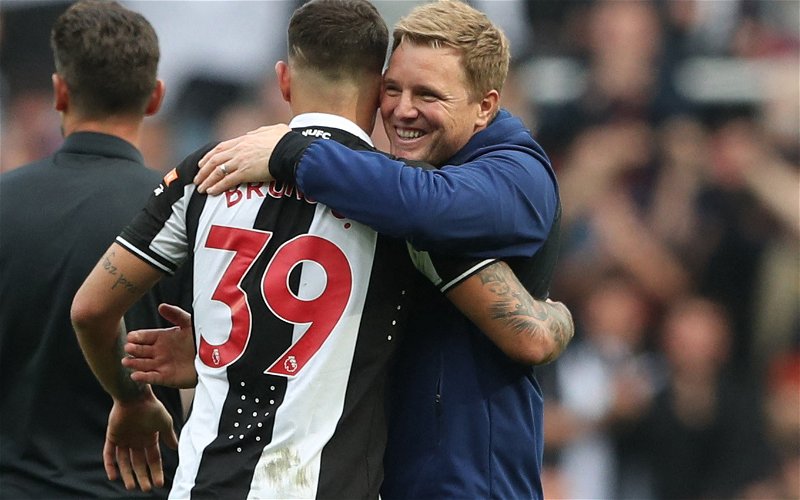 Eddie Howe has confirmed there are no fresh injury concerns in his squad as Newcastle United prepare for the visit of Crystal Palace.

Ryan Fraser is set for another scan on his hamstring injury, while Javier Manquillo was not mentioned after missing the Leicester win through illness. Kieran Trippier and Callum Wilson remain out, although there is thought to be a hope Trippier could return fairly soon.

St James’ Park has become a fortress of late with only Liverpool taking more points on home soil over the past six games, with Howe now looking up the table.

A win over an admittedly impressive Palace side could take Newcastle level on points with Leicester and Brighton in 9th and 10th respectively, albeit other results also have to go their way.

Bruno Guimaraes was the star of the show on Easter Sunday and it’s hard to imagine Howe making too many changes even despite the tight turnaround in games.