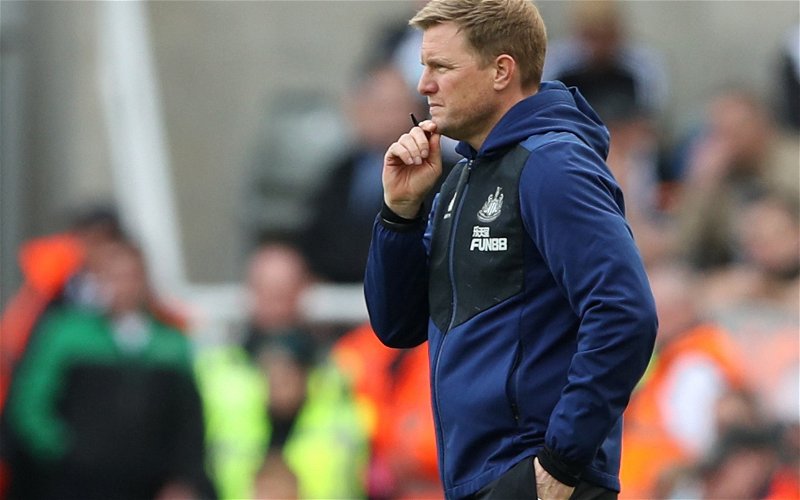 Eddie Howe has admitted both Kieran Trippier and Callum Wilson are unlikely to feature against either Crystal Palace or Norwich City.

There had been a hope Wilson, who has been out of action since December’s draw with Manchester United, and Trippier, who broke a bone in his foot against Aston Villa in February, could come back into the side before the end of April.

Still, Wilson is understood to have suffered a fresh setback recently, while Howe admitted last month that a scan on Trippier’s foot did not show as much of an improvement as first hoped.

How badly do Newcastle need Trippier and Wilson back in the team?

Well, such has been the turnaround in form since the end of January, the situation is no longer as desperate as it once was.

Indeed, Newcastle sit twelve points clear of the relegation zone with only six games to play and their current points total of 37 would have been enough to keep them in the division for the last five years.

That, of course, allows Howe to bring both players back slowly. Wilson in particular is often an injury concern, so rushing him back would have been a risk even if the team were still embroiled in a relegation scrap.

On paper, both players – full England internationals of course – would surely feature in Howe’s first-choice starting lineup. If they can get even just a small run out and build further relationships with the likes of Dan Burn, Bruno Guimaraes and Allan Saint-Maximin on the pitch, Howe’s job during pre-season this summer could be made an awful lot easier.

With Newcastle riding a wave of momentum at the moment, it’s important that two of their biggest names get a run out, even if the need to rush them back at all costs has dissipated. 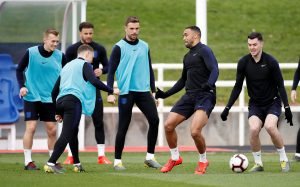 What did Howe say about Trippier and Wilson?

Speaking after Sunday’s win over Leicester, Howe said: “I don’t think either will be involved (against Crystal Palace and Norwich City) next week.” (via The Shields Gazette).

“Maybe after those games, who knows. I’m not putting a game on it. There’s a lot of unknowns.

He did, however, confirm both would play before the end of the season.

“Neither player has done too much on the grass, but they’re working towards that. Thankfully, we’re in a position, at the moment, where the team’s in good form, and we don’t have to rush them back. But we’ve still got enough game to go to hopefully see them before the end of the season.”