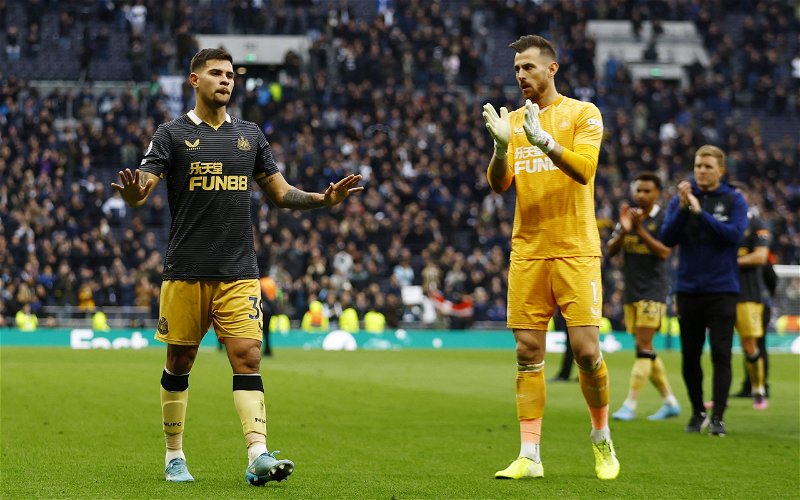 Bruno Guimaraes issued an apology after Newcastle United’s humiliating loss away at Tottenham Hotspur on Sunday.

Despite going a goal ahead following a Fabian Schar free-kick, Eddie Howe’s team collapsed in the second-half and were beaten 5-1 as Antonio Conte’s side ran riot.

Frankly, the score could well have been worse and Newcastle are now three games without a win. Cut apart with ease time and time again, they are perhaps lucky both Burnley and Watford had to play Manchester City and Liverpool respectively over the course of the weekend.

Granted, it would take an almighty collapse to see the team relegated from here, although the longer this run continues, the more hope it will give the teams below Newcastle of catching them.

Indeed, with Wolves, Leicester and Crystal Palace representing difficult-looking games in April, the manner of Newcastle’s performance after the interval will be hugely concerning.

Such was Spurs’ ability to carve them open on Sunday, it does not seem unreasonable to suggest that many of the defensive issues that had plagued the start to the season could be rearing their ugly heads again.

Taking to Twitter after the game, Guimaraes wrote: “As a group, we have to apologize to the fans for our performance today. We need your support. It’s fundamental as always for the next three home matches to come. Let’s play together!”