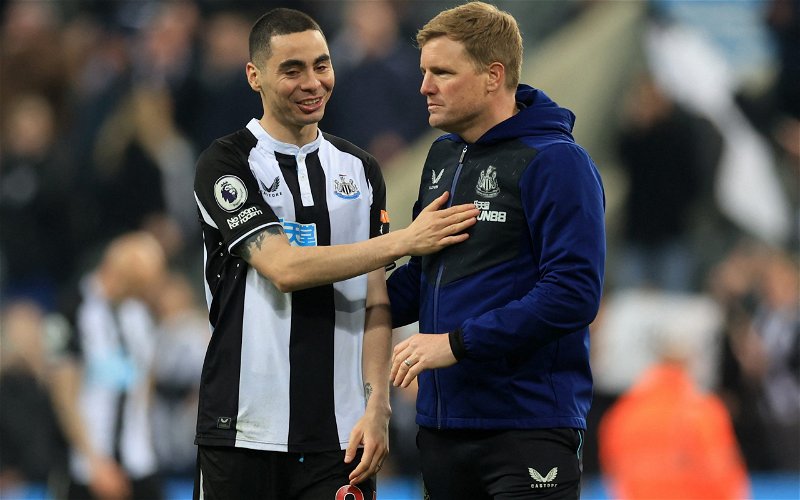 The 28-year-old has had to bide his time under Howe, making only substitute appearances until being handed a start for the loss at Chelsea in early March.

With Ryan Fraser in good form, Almiron had been reduced to a bit-part role and his future had been the subject of debate, with reports indicating he could be sold this summer in an effort to raise further funds.

Fraser’s injury against Wolves, however, brought the Paraguay international back into the side and Almiron has since impressed.

While the former Atlanta star, once Newcastle’s club-record signing, has often been criticised for his lack of end product, Almiron scored a brilliant goal to seal yet another three points for his side against Palace on Wednesday.

How well did Almiron play against Palace?

After impressing against Wolves, the Palace game brought another noteworthy display.

Almiron had seven shots (the most in the Newcastle team, via WhoScored) with two hitting the target while FBREF data notes no one made more successful tackles (2) or pressing actions in the attacking third (10).

Cap that off with a fine goal and perhaps there’s still life in Almiron’s Newcastle career yet. 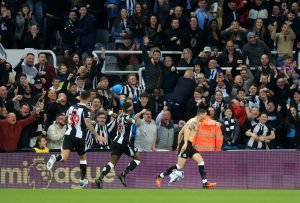 What did Howe say about Almiron?

Speaking to Match of the Day after the game, Howe said: “Really, really pleased.

“Miggy is an incredible professional, he had to wait for his chance in the team under my management but we really like him as a player, it was just due to the team performing well.

“What a goal, the pace he showed and the composure he showed to finish from a tight angle was top level.”