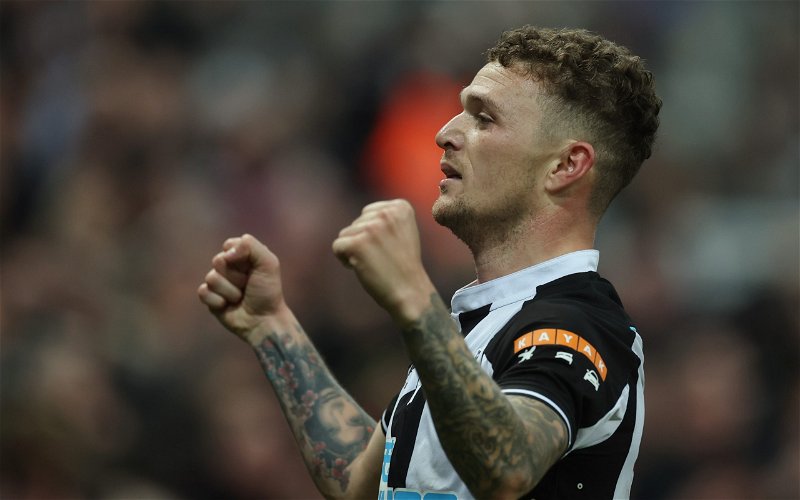 Although there had been a hope the 31-year-old could return to the first-team “quite quickly” had a scan on his foot shown positive results, Eddie Howe appeared to be less optimistic on a quick-fire comeback when speaking after his side lost 5-1 at Tottenham on Sunday.

Naturally, off the back of such a bad game (both in terms of performance and result), as well as after a fresh setback for Callum Wilson, news that Trippier may still be a while off returning came as a blow.

Three losses on the bounce (albeit Newcastle were unlucky not to get anything from Chelsea) and still without some key players, there is an outside chance Howe’s team could yet be involved in a relegation battle.

Still, there are positives. Howe may have been less optimistic but stressed he believed we’d see Trippier before the end of the season and, frankly, two more wins would surely all-but guarantee survival.

With Norwich City and Burnley still to play and both the right-back and Wilson potentially featuring again, although slightly later than hoped, this season can still end positively.

What has been said about Trippier’s return?

Speaking to Football Insider, Whelan talked up the former Tottenham and Atletico Madrid star’s importance to the cause.

“His experience, his set-pieces, his presence in the training ground and in the dressing room – he’s a real leader out there.

“He’s already won points for Newcastle through his sheer quality, and that’s why they brought him in.

“He is a massive part of Newcastle already and has already become a real fan favourite.

“To have him back before the end of the season could be crucial to getting them over the line in terms of safety.”