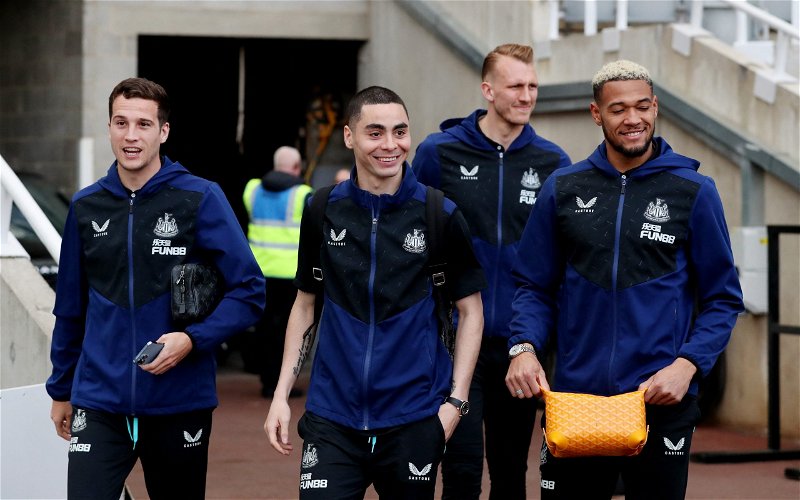 Dan Burn had a message for Newcastle United star Miguel Almiron after the forward’s brilliant goal sealed a 1-0 win over Crystal Palace on Wednesday.

Almiron, who had been reduced to a bit-part role under Eddie Howe prior to Ryan Fraser’s injury, proved decisive at St James’ Park. Played in by Bruno Guimaraes – a partnership to have shown signs of blossoming of late – the 28-year-old outpaced England international Tyrick Mitchell before curling the ball into the top corner from a tight angle while running at full speed.

Having been linked with a move away from the club this summer, the Paraguay star appears to be breathing new life into his Newcastle career.

While it would be nigh-on impossible to criticise Almiron for his work rate, a distinct lack of end product over the course of his time on Tyneside has often been used as a stick to beat him with. Still, Howe has brought about a huge amount of improvement to the players he inherited and, on this evidence, Almiron could be the latest beneficiary.

What did Burn say about Almiron’s goal?

Speaking to NUFC TV after the game, teammate Burn said: “Buzzing for Miggy, what a goal, fair play to him.

“He deserves it, I think he’s had a bit of a tough time but even his work rate, I’ve said before that I love how much flair some of the lads have got but I love how hard they’re working.” 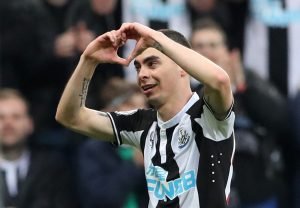 Could Almiron now stay at Newcastle?

Howe admitted after the game that Almiron was a player he and his coaching staff “really like” and the forward is certainly playing himself into contention for a more regular starting berth.

Keep this up between now and the end of the season and the idea of selling Almiron might not be as palatable as it was only a few weeks ago.