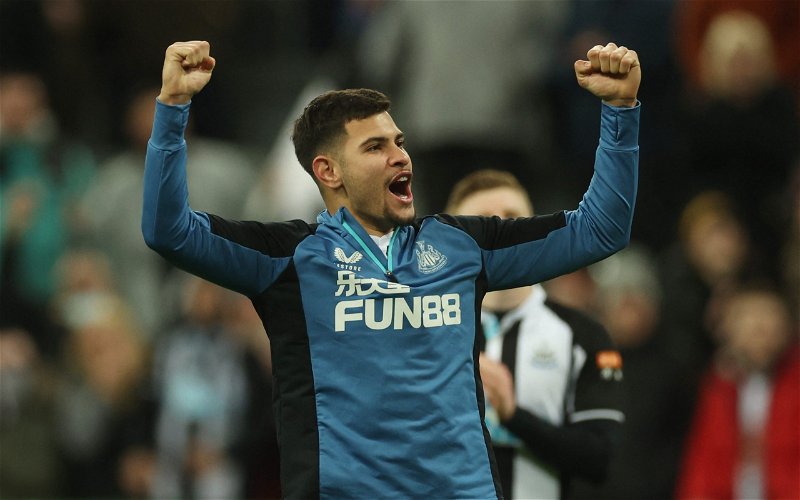 Bruno Guimaraes has vowed his successful first home start for Newcastle United is just the start of a “beautiful journey” with the club.

Already, the Brazilian has made quite the impact.

While Eddie Howe waited to integrate the player into his squad following his big-money arrival from Lyon in January, the 24-year-old has largely hit the ground running in black and white. Scoring a wonderfully improvised backheel on his full debut away at Southampton, Guimaraes was in fine form against Wolves.

Operating alongside Jonjo Shelvey and Joelinton following Joe Willock’s injury, the £40m man was hailed by Sky Sports pundit Jamie Carragher as “the best payer by a mile” as Newcastle went ten points clear of the relegation zone.

Just how well did Guimaraes play against Wolves?

At the kind of level way above a team fighting relegation, which Newcastle were upon his arrival only a few months ago.

The epitome of an all-action display and one that had director Mehrdad Ghodoussi purring on social media.

What did Guimaraes say about his full home debut?

Taking to Twitter after the game, the midfielder wrote: “Happy to be able to make my debut at home. From my first days here, I felt that the atmosphere was wonderful. Today, on the pitch, I could see it for myself. I’m sure that this is just the first game in a beautiful story at ST. James Park.”

His last message to Newcastle supporters spoke of the need to “apologize to the fans for our performance today” following the 5-1 defeat at Tottenham.

Certainly, it’s safe to say things have improved since then.

Just how exciting is the future? 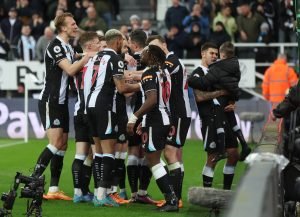 Guimaraes signed a four-and-a-half-year-deal in January and, at 24, could spend the prime of his career on Tyneside. Already a regular at international level, the resources Newcastle now have under PIF make it hard to imagine any club being able to prize him away.

Speaking after the game, Carragher said (via The Daily Mail): “The players that Newcastle bought in January, a lot of them were good, solid Premier League players who are here to keep Newcastle in the Premier League. He wasn’t signed for that. He was signed for the future. The reaction of the crowd in the stadium, that’s the calibre of signing you want. Maybe another three or four like that in the summer to really push Newcastle forward.”