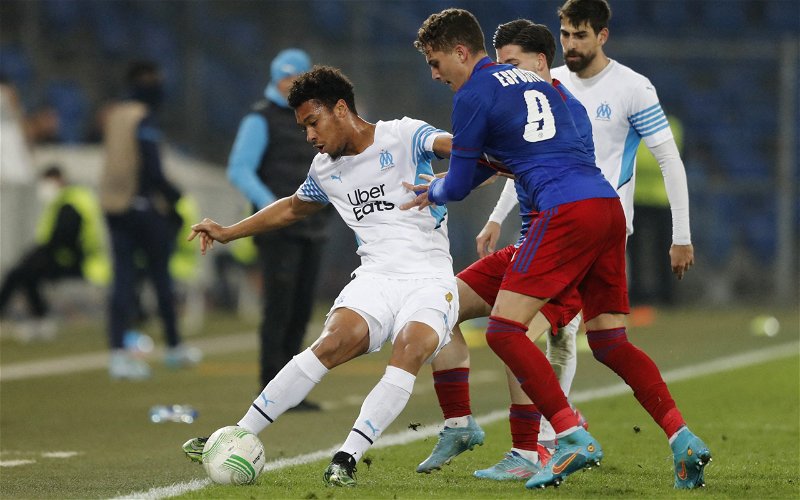 Newcastle United, Roma and Manchester United are all interested in a move for Marseille’s Boubacar Kamara, according to Sky Sports.

The signing of Bruno Guimaraes has largely transformed the Newcastle United midfield but few would doubt it’s been an area chronically overlooked in recent years. Aside from the Brazilian and Joe Willock, the last player to have arrived for a fee in that position was Mikel Merino.

So then, it’s hard to imagine the club’s business is done on that front, particularly as the PIF era have higher ambitions that the previous regime.

With that in mind, Kamara is still said to be a target, although Manchester United and Roma are also keen on a move.

Would Kamara be a good signing for Newcastle?

Based on his averages for Marseille this season, that would certainly appear to be the case.

According to FBREF data, the 22-year-old ranks within Europe’s top 72% at least of midfielders playing across the big five leagues over the past year for average pass completion rate, progressive carries, progressive passes and passes attempted per game. Defensively, Kamara sits inside the leading 65 percentile for interceptions, tackles, clearances and aerial duels won over the same period.

Obviously, it’s not as easy as merely translating that across leagues and playing styles but the statistics are certainly promising. Able to operate in both central defence and in midfield, his age also makes him an attractive long-term investment.

Out of contract at the end of the season, it’s easy to see why there is so much interest.

Yes, though that was before October’s takeover.

According to The Athletic, Kamara rejected deadline day moves to both Newcastle and Wolverhampton Wanderers during the summer window, though claimed the lines of communication with the player remained open.