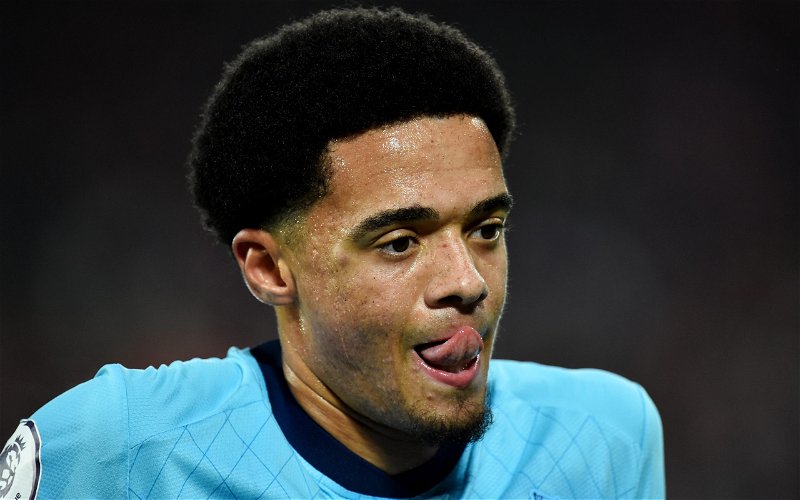 Newcastle United will look to sell Jamal Lewis this summer, according to Football Insider.

Naturally, much of the focus in the build-up to the summer transfer window has been in regard to potential signings.

Still, if Newcastle are going to start competing higher up the division, they need to start shifting players on. With the PIF era surely likely to see much more investment than the Mike Ashley days, it doesn’t seem outlandish to suggest the level of player in the squad will raise really rather significantly over the next few years.

With that in mind, Eddie Howe could do with gutting out some of the deadwood in the squad. Lewis, a £15m signing from Norwich City in 2020, has just not worked out and was dropped from the 25-man squad entirely after the January transfer window.

Having failed to convince, the club are reportedly willing to accept as little £8m for the Northern Ireland international, which would represent a £7m loss.

Why hasn’t it worked out for Lewis?

It’s easy to forget Liverpool were interested in signing the 25-year-old following his breakthrough campaign at Norwich City in 2019-20.

Clearly, that would suggest there’s a talent in there but Lewis was walking into a Newcastle side shrouded under doubts about Steve Bruce’s ability to coach in a modern way. As a developing young defender, it often seemed like Lewis was fed to the lions.

Openly criticised by Bruce at times, the arrival and subsequent good form of Matt Targett has made competition for places even harder. Alongside Targett, the likes of Kieran Trippier, Javier Manquillo, Matt Ritchie and Dan Burn are all able to operate at left-back.

What has Lewis said about his time at Newcastle?

Speaking to NUFC TV in December, Lewis opened up on his struggles.

“Obviously having a long period out of the team is not the best, as a footballer you want to do what you love,” he said (via The Chronicle).

“I’m a big believer in timing, and getting my body right and healthy, and training really hard to be ready for this opportunity.

“I feel like I can give a lot more, but I feel like I’ve given myself a good base to help the team, showing the fans what I can do.”