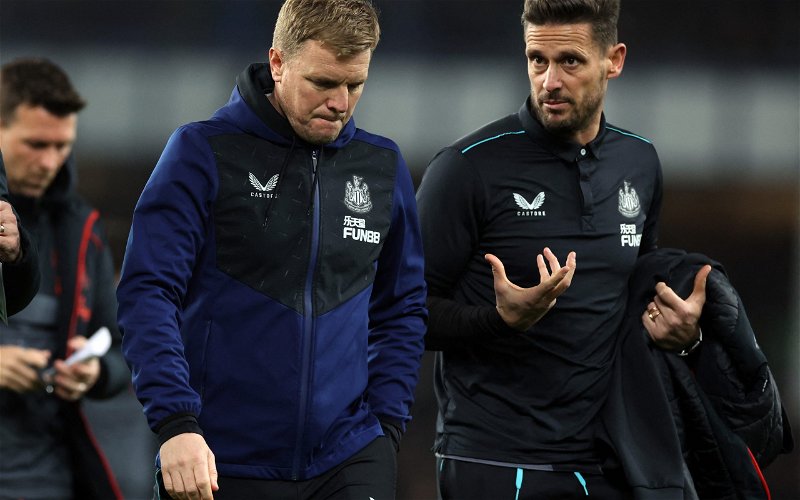 There has been mixed news on the injury front for Newcastle United during the international break so far, according to The Shields Gazette.

With the squad away in Dubai and good news recently emerging in regards to Callum Wilson and Kieran Trippier, there is a strong chance Eddie Howe could have a fully fit squad available by the end of April.

Wilson and Trippier in particular look capable of raising the level of the team even further, only adding further credence to the idea Newcastle will continue to pull away from the relegation zone even after two losses on the bounce.

Still, both Fabian Schar and Emil Krafth will reportedly be assessed upon their return to club duty after suffering knocks while away with Switzerland and Sweden respectively. While there has been no confirmation on either front, Schar has pulled out while Krafth was not involved in a crucial World Cup qualifier.

Allan Saint-Maximin has had a full week of warm-weather training while Jonjo Shelvey is also thought to be ready for selection once more.

How should Newcastle lineup against Wolves?

Having lost the last two games, albeit somewhat unfairly against Chelsea, Eddie Howe might be wise to consider changes.

Shelvey played a crucial role in the unbeaten streak Newcastle went on to lift themselves out of the relegation scrap and has been highlighted as a key player by Howe, so it doesn’t seem unreasonable to assume he will come in if available. Given Bruno Guimaraes and Joelinton has impressed, perhaps Shelvey will replace Joe Willock.

Saint-Maximin, meanwhile, has so often been a game-changer even despite his recent poor form while Jamaal Lascelles and Javier Manquillo look the most natural replacements for Schar and Krafth.

What has Howe said about the Dubai trip?

Speaking to the club’s official website earlier this month, Howe spoke of the importance of the training camp.

“It’s very, very important that when you have a break in between games, you don’t lose fitness or sharpness – and I’m very confident we won’t.

“I hope the group is more united than ever and renewed in its fight to stay in the league, hopefully mentally refreshed from the break and ready to attack these nine games. The Premier League’s a very difficult league and we take nothing for granted.

“We go into every game knowing we have to give our best to win. We’ve been on a brilliant run, but that is over. Now we have to start afresh.”