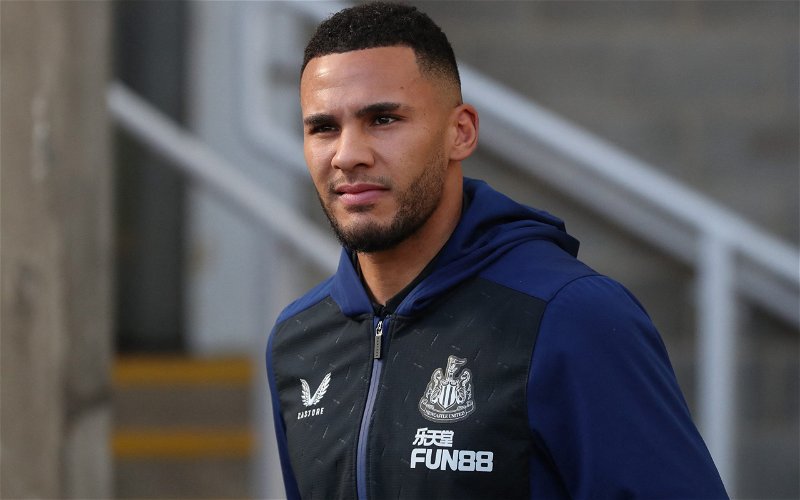 Jamaal Lascelles insists he will “remain professional” despite losing his place in the Newcastle United team.

Following the signing of Dan Burn, the Newcastle captain has been limited to only 97 minutes of action. With Fabian Schar impressing alongside the £13m signing from Brighton, Eddie Howe’s first-choice central defensive partnership looks clear. Indeed, the Swiss could even be offered a new contract.

While Lascelles did manage to turn things around after a poor start to the season during February’s win over Everton at St James’ Park, only a switch to a back three brought him back into the side for the loss at Chelsea.

Kieran Trippier’s arrival is another thing to consider. Touted as a potential captain following his impact on the team as soon as he arrived, the England international would likely take the armband when fit, given he did so prior to his injury against Aston Villa.

With Burn and Schar in central defence, as well as the club being keen on a move for Sven Botman, it’s hard to see a place for the 28-year-old in the starting lineup, let alone as captain in the new PIF-led era.

Where has Lascelles said about his role?

Speaking to Sky Sports reporter Keith Downie, the former Nottingham Forest man said: “I’ve got a great relationship with the manager; I’ve got so much respect for his honesty and communication skills. If he’d said I wasn’t good enough I’d maybe feel different. But my biggest thing is the team is doing well.

“I’ll continue to remain professional. The manager will get nothing less than hard work – because it’s all I know. We’re in a good place – it’s the best feeling we’ve had for a very long time here. The manager has created a family feeling, a lot of it is down to him & his staff.”

Has Lascelles been tipped to leave?

“The backline is something that has needed to be addressed there for a long time. That was one of the main reasons they were struggling at the bottom of the Premier League. Defensively, they were poor. The players quite simply weren’t good enough.”