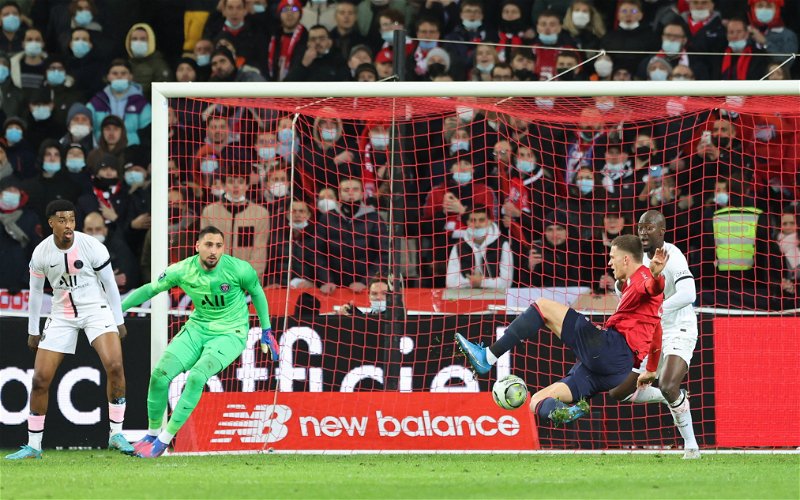 The presence of Paolo Maldini could tempt Sven Botman into a move to AC Milan this summer, according to Sky Sport Italia journalist Angelo Mangiante.

Few will need reminding on just how intensely Newcastle United were linked with a move for the Lille defender over the course of the January transfer window, with the French champions rejecting a number of bids.

While Eddie Howe did eventually bring Dan Burn to the club in an effort to shore up the defence, there have been suggestions from journalist Dean Jones that the chase could be resurrected over the course of the summer.

Botman himself is thought to have been keen on a move, although Milan’s interest could be a concern.

What could sway Botman to Milan?

Mangiante references the fact that Milan star Theo Hernandez revealed he could not reject Milan’s advances when leaving Real Madrid in 2019 due to Maldini – one of the most celebrated defenders in the history of the game – working as the club’s sporting director.

Indeed, the Sky Italia reporter suggests that could be the case again even despite the fact Newcastle, backed by PIF’s millions, could offer him a more lucrative deal.

As romantic a notion of working under Maldini in some capacity at least is, Milan are also an attractive destination in their own right, without stating the obvious. One of the most famous clubs in world football, they look all but certain to qualify for next season’s Champions League and could even do so as Serie A winners.

Clearly, missing out on Botman would be a blow given just how strongly Newcastle pursued him in January.

What has Botman said about his future?

Speaking to Voetbal International on deadline day, the 22-year-old did hint that he was keen on the idea of joining Newcastle’s revolution.

“Newcastle is working on a great project and I thought it would be fun to be a part of it,” he said.

“Especially if you look at where Manchester City and Paris Saint-Germain once started.”