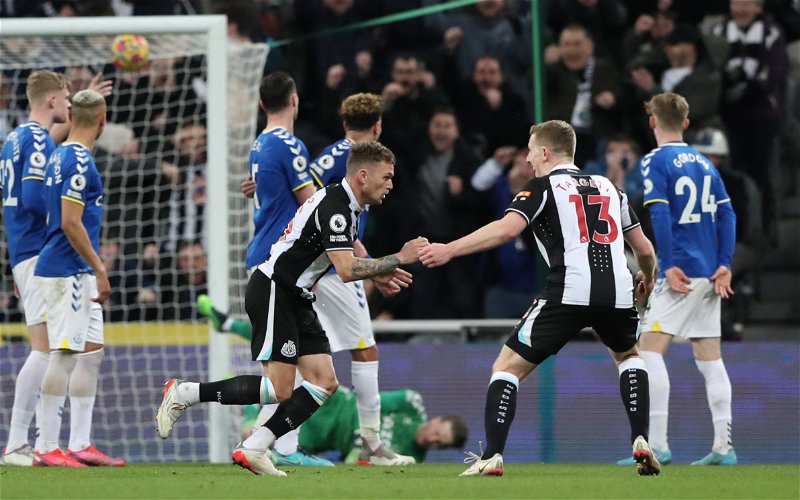 Matt Targett has explained his decision to join Newcastle United on deadline day while speaking to talkSPORT.

The left-back was the first of two additions during the dying embers of the first January transfer window of the PIF era, joining on loan for the rest of the season before the signing of Dan Burn later in the day. A seasoned Premier League player, Targett impressed during his debut against Everton and there is thought to be an option make the deal permanent over the course of the summer.

Though Villa’s starting left-back for much of the past year, their decision to sign Lucas Digne, a player also linked with a move to St James’ Park, forced him to look elsewhere. For his part, Steven Gerrard did reveal he was keen to keep the former Southampton defender but it was Targett who took the decision to depart.

What has Targett said about the move?

Speaking to talkSPORT on Wednesday morning, the 26-year-old opened up.

“It was quite hard to take to sign someone of that [Lucas Digne’s] calibre but that’s where the club wants to go and I completely respect that,” he said (the The Shields Gazette).

“But at the same time, I’m 26 and I don’t want to be sitting on the bench, I want to look back on my career and have played as many Premier League games as possible.”

How important is Targett to Eddie Howe?

Praised by The Chronicle for his debut against Everton, The Athletic have also explained how crucial full-backs are to how Eddie Howe wants to play.

“Full-backs are crucial to Howe’s game plan, with attacks built down the flanks, which is why Trippier and Matt Targett were signed last month,” they wrote.