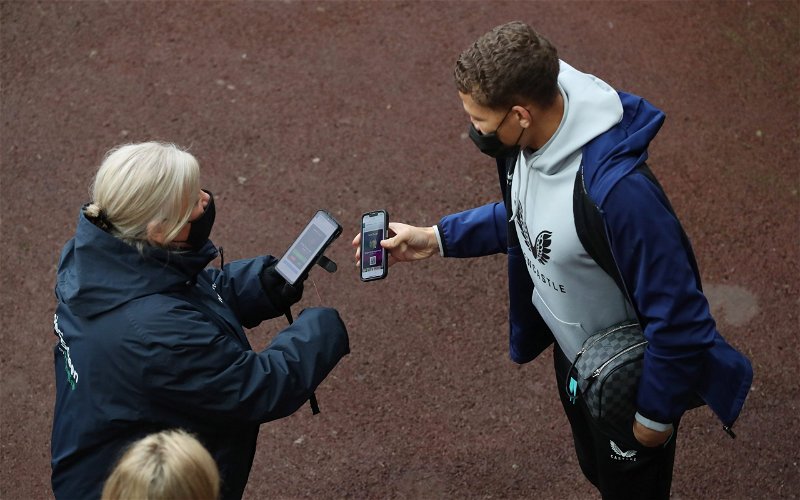 Newcastle United head coach Eddie Howe has hinted Dwight Gayle could yet have a role to play before the end of the season.

The 32-year-old has hardly been involved this season, having been afforded only 27 minutes of Premier League action. In fact, the bulk of those came under Steve Bruce with Howe himself only turning to Gayle for seven minutes during December’s draw at home to Manchester United.

Even after Callum Wilson was injured during that game, the club made a quick-fire decision to pay £25m for Chris Wood and he has since started every League game. Frankly, it’s hard to see where Gayle fits in, particularly in a 4-3-3 system.

Still, Howe has talked up the former Crystal Palace forward’s impact behind the scenes. Hailing him as a big presence in the dressing room, the head coach did appear to hint at a chance for Gayle.

What did Howe say about Gayle?

Speaking ahead of Saturday’s trip to Brentford, Howe was full of praise.

“I think he’s a very good, vocal presence in the dressing room,” he said (via The Shields Gazette.)

“He’s really helped the players, supported them, that have been in the team when he’s not.

“You know, if Dwight gets one chance, it could be the key moment in the season to keep us in the league. He could be that player that delivers in the crucial moment, so he needs to be ready for his chance.”

Why didn’t Gayle leave in January?

The answer is probably two-fold.

Firstly, Newcastle could not get another attacking player over the line during the dying embers of the transfer window and, with Wilson out until the closing stages of the season, relying solely on Wood did seem risky.

Elsewhere, The Sun’s Alan Nixon has also hinted that Gayle’s wages (believed to be around £37k-per-week via Salary Sport) could prove prohibitive to teams in the Championship keen on signing him.