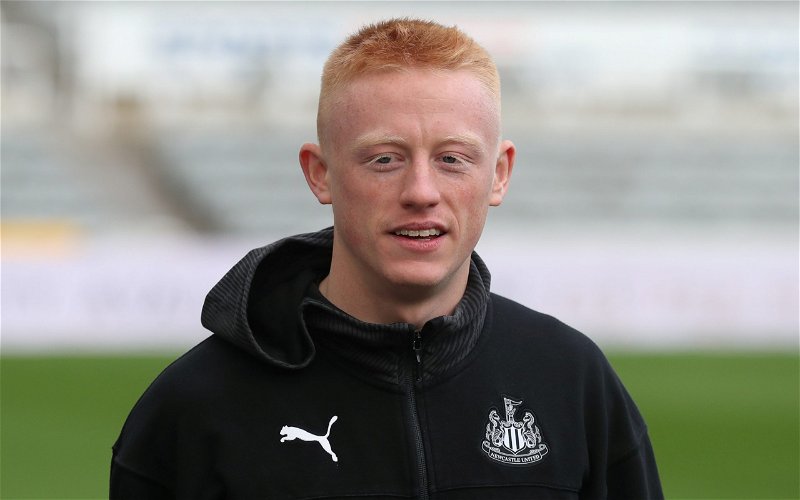 Newcastle United are continuing to pay the vast majority of Matty Longstaff’s wages during his loan at Mansfield Town, according to The Athletic.

For many, the sight of Longstaff moving down to League Two will be a fairly surprising one.

After emerging in the first-team under Steve Bruce, the decision to hand him a new deal in the face of interest from the likes of Udinese seemed like the club putting their trust in the midfielder. Still, after failing to impress at Aberdeen, the 21-year-old moved way down the ladder to League Two.

Indeed, such was Newcastle’s desperation to find him a new club in order to further praise his development, they are believed to be paying the vast majority of his wages with Mansfield only contributing a small portion of the overall cost. Interestingly, the report suggests the younger of the Longstaff clan actually earns more money at Newcastle in basic terms than older brother, Sean.

The pathway between the academy and the first-team at Newcastle is barely the most open as it is and, for much of the Bruce era, the team were fighting towards the bottom of the league. With more experienced options ahead of him, it often seemed wiser to lean on the older players when the stakes were high, as frustrating as that might be with the bigger picture in mind.

Sean, too, has suffered a downturn in form and there have to be questions asked on just how Newcastle develop their own talent. Not since Andy Carroll has an academy graduate truly hit big time.

How much does Longstaff earn?

According to Chris Waugh, Longstaff’s deal is worth around £20k-per-week, so perhaps its of little surprise that Mansfield aren’t contributing a lot.

What has been said about Matty Longstaff?

“He definitely needs a few games to adjust, but I was very pleased with his physical output over the 90-odd minutes he played,” he said to the Mansfield Chad.

“You can see he’s technically a very good player. It’s just so different to the Premier League he’s been used to, and even the SPL in Scotland.

“So it’ll take him a bit of time, but it was good to get him on the pitch. I think he’ll play an important role for us in the last 16/17 games.”