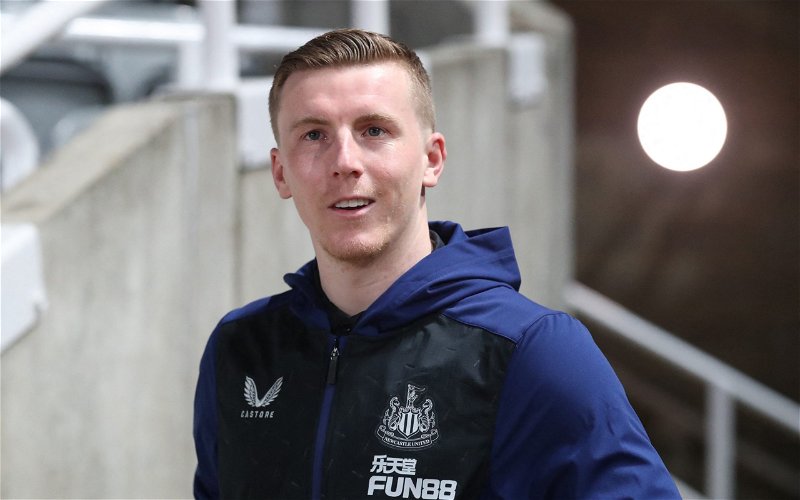 Matt Targett took the decision to leave Aston Villa in January rather than him being forced out, according to Steven Gerrard.

The former Southampton defender joined Newcastle on loan for the rest of the season during a hectic deadline day and duly impressed during his debut against Everton on Tuesday night.

A specialist left-back, it’s hard to remember a time in which that particular area of the squad wasn’t an issue. The 2020 signing of Jamal Lewis has not worked out while Matt Ritchie’s form had dropped off since the departure of Rafa Benitez and Paul Dummett is seemingly constantly injured.

According to The Sun, there is thought to be the option of making the deal permanent in the summer.

Why did Targett leave Villa?

Prior to the signing of Lucas Digne – a player also linked with Newcastle – Targett had started 17 of Villa’s 20 Premier League games and looked to be a fixture of Gerrard’s first-team.

Still, having spent around £25m on bringing Digne over from Everton, it seemed unlikely the 26-year-old would be able to compete for a starting berth with a regular French international.

Speaking to Birmingham Live, Gerrard confirmed it was the player’s decision to leave.

“This was his decision,” he said.

“When we were linked with Lucas, I had a conversation with Matt. I said I’d always be honest with him and I expected it back from him.

“I said if we signed a left-back, you tell me what you want. You are free to challenge a new signing who comes in – I always like two people fighting for a position. Matt decided he had an opportunity he wanted to pursue and that’s when the respect comes in and you don’t stand in anyone’s way.

“I would have preferred him to stay and fight as he is a really strong left-back in this league, which is why he had options, but I can’t stand in anyone’s way unless I can guarantee him game time that will satisfy him so that’s why it’s come about, but everyone needs to know it was Matt’s decision rather than him being pushed in that direction.”

What has been said about Targett’s Newcastle debut?

Lee Ryder of The Chronicle awarded Targett an 8/10 in his match ratings after the Everton win.

“A comfortable debut if ever there was one,” he wrote.