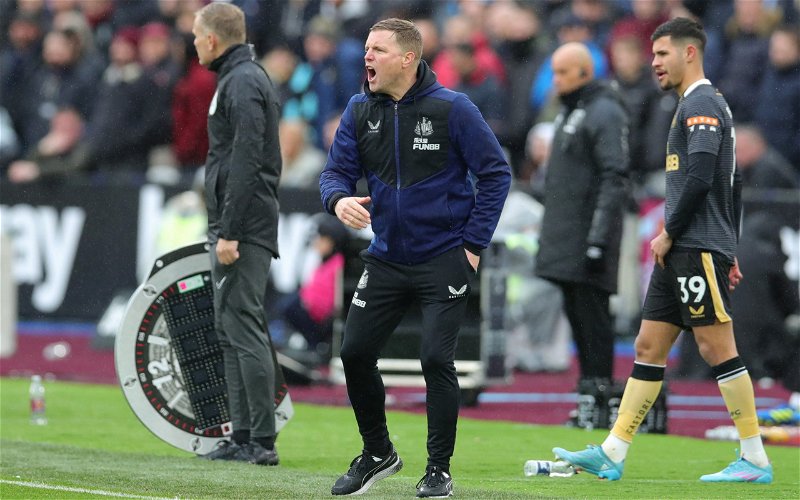 Sections of the Newcastle United squad were “astounded” when they first saw Bruno Guimaraes in training, according to The Athletic.

Arguably the headline of the addition of the PIF era so far (although Kieran Trippier might have something to say about that), Guimaraes has had to wait for his chance in the team.

With Jonjo Shelvey, Joe Willock and Joelinton establishing themselves as a solid, albeit unlikely, midfield three during the recent run of good form, the former Lyon man seemingly cannot get a look in.

Of course, that means next to nothing for his long-term career on Tyneside, although it’s perhaps a situation many would not have seen coming given the kind of form the team were in prior to the January transfer window.

What impact has Guimaraes made behind the scenes?

Afforded only four minutes of Premier League action thus far, the report suggests there is excitement behind the scenes.

Indeed, upon watching the Brazilian international train for the first time, players were said to have been “astounded” as to the level of his ability. Furthermore, a club official is quoted as saying “We knew he was talented but, genuinely, this lad is seriously good.”

What else has been said about Guimaraes?

Speaking ahead of last weekend’s draw away at West Ham, Howe hinted Guimaraes needed some time to get used to life in England.

“Bruno will start a lot of games for us and will be a huge player,” he said.

“I don’t think this period where he’s watching and learning from the Premier League is a bad thing for him although it will frustrate him because he wants to show his talent.”