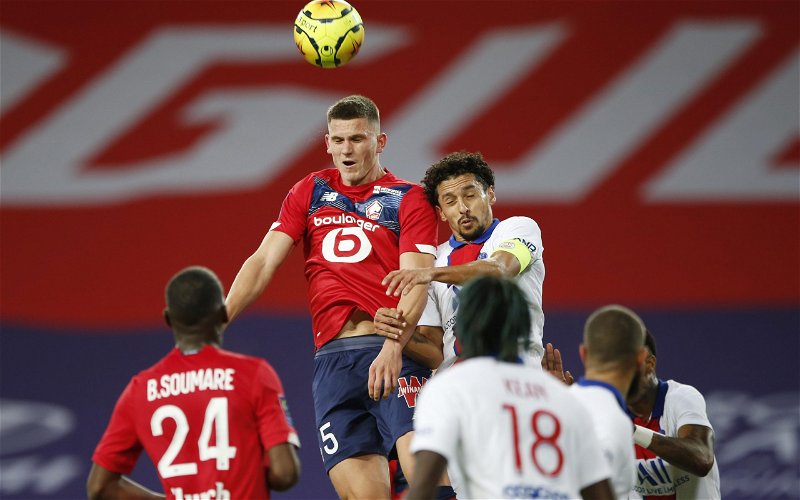 Newcastle United are unlikely to give up in their pursuit of Lille defender Sven Botman, according to noted transfer insider Fabrizio Romano.

The Dutchman has been strongly linked with a move to St James’ Park as part of the club’s defensive rebuild and is thought to be keen on the move even despite Newcastle’s perilous Premier League position.

Alongside Kieran Trippier, Botman would appear to be one of the club’s leading defensive targets in what is the first transfer window under both Eddie Howe and the PIF ownership. Indeed, the French club – despite their recent financial difficulty – are believed to have rejected Newcastle’s offer of €35m (roughly £29.27m).

At 21, the Dutch U21 international not only represents a long-term investment but also has experience of winning one of Europe’s major leagues.

According to WhoScored data, only six central defenders in Ligue 1 have averaged more successful aerial duels per game than the former Ajax youngster (2.3) while he also ranks within the top ten for blocks over the same period (0.8). As a left-footed central comfortable on the ball (FBREF data notes he ranks within Europe’s leading 86% central defenders for progressive passes per game), he could plug a gap in the team that has long needed filling.

What has Botman said about moving to the Premier League?

Speaking to The Athletic in May, Botman did admit that a move to the Premier League would interest him.