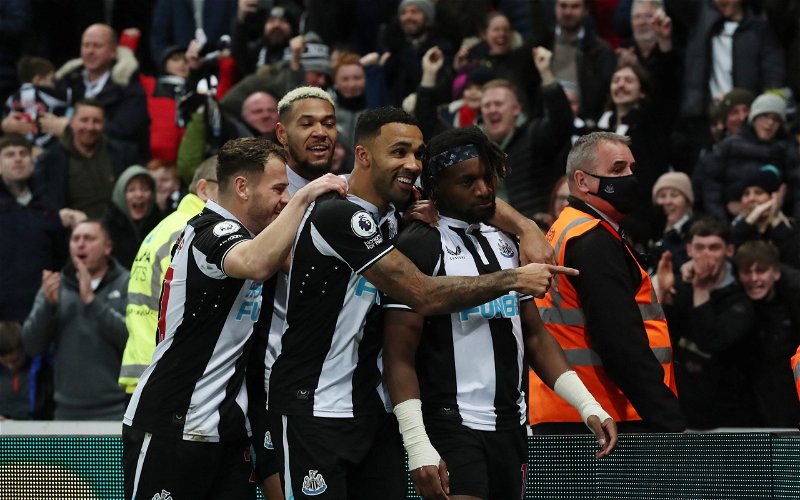 Parts of the Newcastle United squad have discussed the prospect of the signing of Kieran Trippier helping convince other top players to join the club in January, according to The Athletic.

After a brief delay, the England international was announced as the first signing of the PIF era on Friday morning, signing a two-and-a-half-year contract on Tyneside.

A title-winner with Atletico Madrid and a player Diego Simeone admitted he did not want to lose, Trippier looks a statement signing. Regularly involved in the England set-up, it’s the kind of addition the club just did not make during the Mike Ashley era. In many ways, it’s the biggest profile of signing since Michael Owen.

Could Trippier lead to more signings?

Much has been made about the kind of player Newcastle can realistically hope to attract halfway through a relegation battle.

Still, the report suggests current players at the club are excited about Trippier’s arrival and have discussed the potential domino effect it could set off this month. Now, to suggest the likes of Erling Haaland and Kylian Mbappe would suddenly want to join would be too much, but they aren’t the signings Newcastle need to make right now.

Interestingly, The Athletic have also reported that leading players in the Premier League would be keen to move to Newcastle in the summer and have also suggested Lille defender Sven Botman actively wants to join.

Speaking on this week’s episode of the Touchline Talk Podcast, journalist Dean Jones said (0:38): “It was really important to get this done quickly so that they could move on further into the agenda.

“Trippier sets the bar very high and that was really the plan with this signing, that’s why they’ve been working on it in December.”