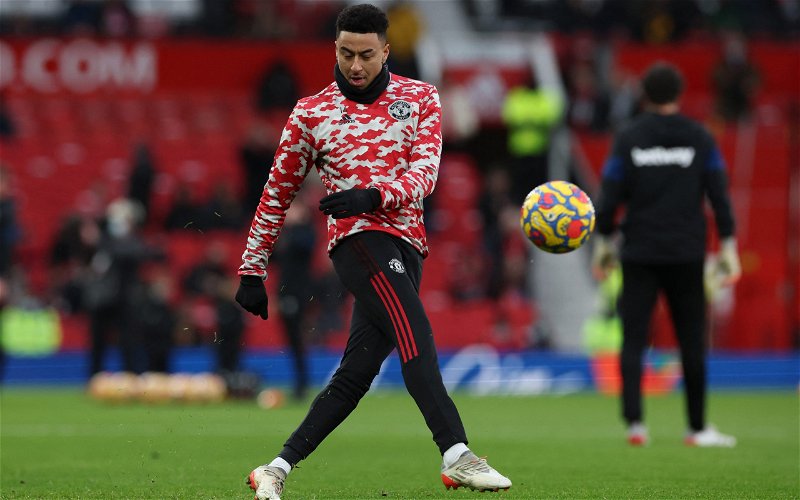 Newcastle United will “push again” to land Jesse Lingard on loan for the rest of the season, according to Fabrizio Romano.

Lingard, barely involved at Manchester United, has long been linked with a midseason move to St James’ Park.

The England international hugely impressed on a similar deal at West Ham United last season and looks to fit the kind of mould PIF and their recruitment team appear to be focusing on. As a seasoned Premier League operator, Lingard would – at least in theory – not need to bed in during a relegation fight.

Still, Newcastle are already thought to have seen a loan offer snubbed while Lingard himself is believed to have rejected the idea of a move when he chose to move to East London around this time last year.

What could Lingard bring to Newcastle?

Scoring goals might not have been the biggest problem for Newcastle this season but Lingard could help ease the burden.

With Callum Wilson injury prone and Chris Wood, while prolific at times with Burnley, only scoring three times this season, bringing in goals from elsewhere could help Eddie Howe develop more points of attack. Able to operate across the frontline, the 29-year-old would be a smart addition at this point in the season.

According to FBREF data, Lingard also ranks within Europe’s leading 92% of attacking midfielders for pressures per game (21.63), hinting he could bring more energy to the side.

What has been said about Lingard and Newcastle?

“He’s worth taking on board because he will make a difference to the side.

“I think that’s what’s missing behind Saint-Maximin, Chris Wood and Almiron, that playmaker.

“That one player that can find the pass, can do something a little bit different like we saw at West Ham last season.

“He’s very intelligent and he’s got a great technique. I think that’s what is missing in Newcastle’s side at the minute.

“You’ve got a great front three with all kinds of different superpowers. Just behind them is where they’re lacking in that creativity. Lingard, I think he’s perfect.”