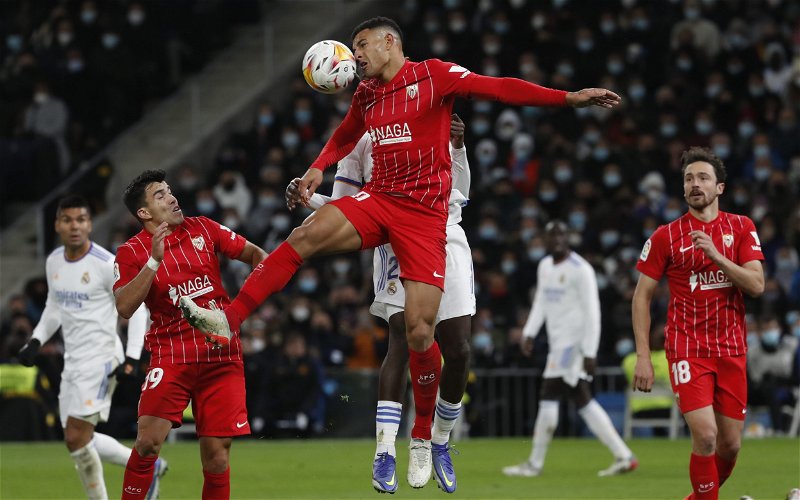 A bid close to £40m could be enough to land Diego Carlos, according to The Chronicle.

The Brazilian is believed to have been the subject of a £28m offer from the PIF ownership recently. With a move for Sven Botman looking unlikely, the 28-year-old is understood to have emerged as the leading defensive target as Eddie Howe desperately attempts to improve a backline which, if anything, will be the aspect of the team that sends Newcastle into the Championship.

So far, Sevilla are thought to be sticking to their guns and refusing to sell Carlos. Second in La Liga, there would appear to be no major need to sell as things stand.

Still, The Chronicle’s transfer notebook hints that a bid of £40m, which would equal the club-record fee spent on Joelinton in 2019, could be enough to convince them.

Clearly, it doesn’t take a genius to point out that the team have suffered a number of defensive issues this season.

Only Norwich City have conceded more goals thus far and, despite the signing of Kieran Trippier, Newcastle are still lacking in convincing options. After all, not since the signing of Emil Krafth in 2019 have the club paid any money for a player who can play centrally at the back and the Swede himself even arrived as more of a full-back.

Back in October, Sky Sports pundit Jamie Carragher labelled Newcastle’s backline as of a “Championship” standard and, frankly, it’s hard to disagree with him.

What has been said about Newcastle’s interest in Diego Carlos?

Earlier this month, The Athletic said of the interest: “Carlos is experienced at both European and La Liga level and is seen as someone who could immediately improve Newcastle’s ageing backline.”