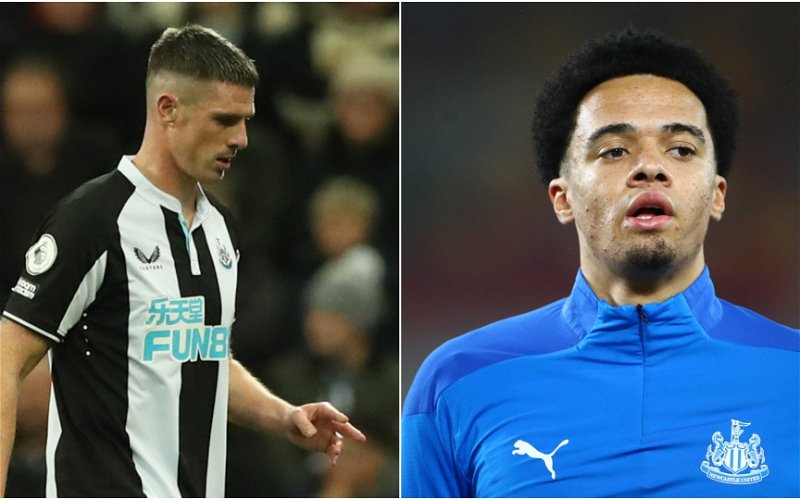 Both Jamal Lewis and Ciaran Clark have rejected moves away from Newcastle United on deadline day, according to The Daily Mail’s Craig Hope.

Earlier this week, The Chronicle revealed that the club were hoping to move players on having added to Eddie Howe’s squad this month.

While it’s only natural to focus on the incomings during the first window of the PIF ownership, Newcastle do need to move players on if there’s going to be a substantial overhaul of a squad left to rot for far too long.

Still, both Clark and Lewis are understood to have snubbed loan offers from Middlesbrough and Birmingham City respectively despite the fact they will not be included in the 25-man squad the club will send to the Premier League.

Do either have a chance of playing?

You’d have to say no, barring an injury crisis.

With Matt Targett coming in on loan from Aston Villa, it’s hard to see where Lewis fits in, particularly with Matt Ritchie, Javier Manquillo and even Kieran Trippier able to operate at left-back. Clark, meanwhile, was sent off in a friendly game during the club’s visit to Saudi Arabia which surely isn’t a good look, especially in light of his recent mistakes against Norwich and Manchester City.

Given Dan Burn is also expected to arrive too, the Republic of Ireland international will see his playing time further reduced.

What has Eddie Howe said about players leaving?

Speaking from Saudi Arabia, Howe confirmed the club were eager to shift at least some of the deadwood.

“It’s something we will have to look at,” he said.

“It’ll probably be in the last couple of days in terms of decisions and making the right calls for the players.”