Transfer News: Chelsea yet to contact Kieran Trippier with clauses still to be worked out 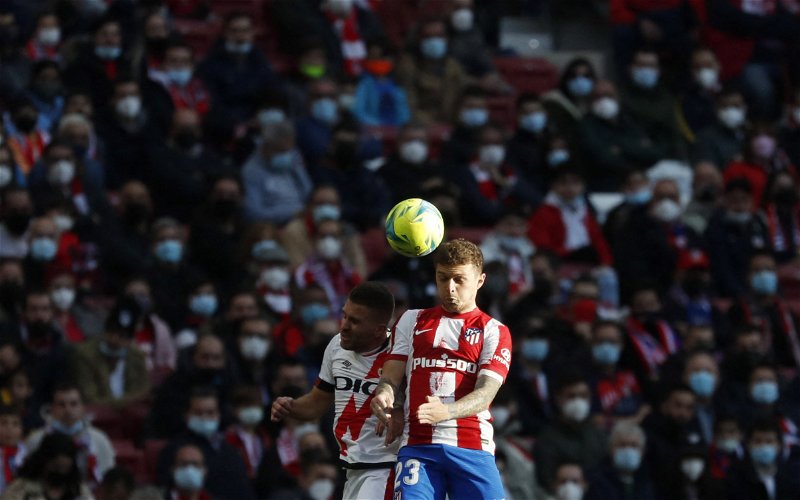 Chelsea have not contacted Atletico Madrid over the prospect of signing Kieran Trippier, allowing Newcastle United a clear run at signing the player, according to iNews.

Trippier has been strongly linked with a move to St James’ Park as the first potential signing of the PIF era. Indeed, there is thought to have been a formal offer lodged as the club push to bring the 31-year-old to Tyneside amid their desperate battle to stay in the Premier League.

While there had been suggestions Chelsea might look to make a late move for the former Tottenham Hotspur man after their recent spate of defensive injuries, this report moves to downplay that idea as things stand.

What’s the hold-up in the Trippier deal?

Obviously, we’re only a few days into the transfer window, and things take time.

Still, given what happened with Unai Emery, fans may be somewhat concerned that the deal has not yet been done, albeit Trippier appeared to say goodbye to Atletico Madrid fans following their win over Rayo Vallecano recently.

According to the report, there is still work to be done in regards to potential release clauses, presumably around the prospect of relegation.

What has been said about Trippier and Newcastle?

Speaking to Football Insider recently, pundit Paul Robinson suggested that a potential deal for Trippier could convince other leading players to join this month.

“Trippier is capable of playing for a top-six Premier League side,” he said.

“Throw the kitchen sink at him. Get a big name through the door.

“Sometimes with transfers it can be a domino rally. You get one and the rest all fall into place. If Trippier signs for Newcastle, all of a sudden to other players it is a much more attractive proposition. They would be more likely to take a similar chance.”