Newcastle transfer news: £10m+ bid could be made for Dan Burn 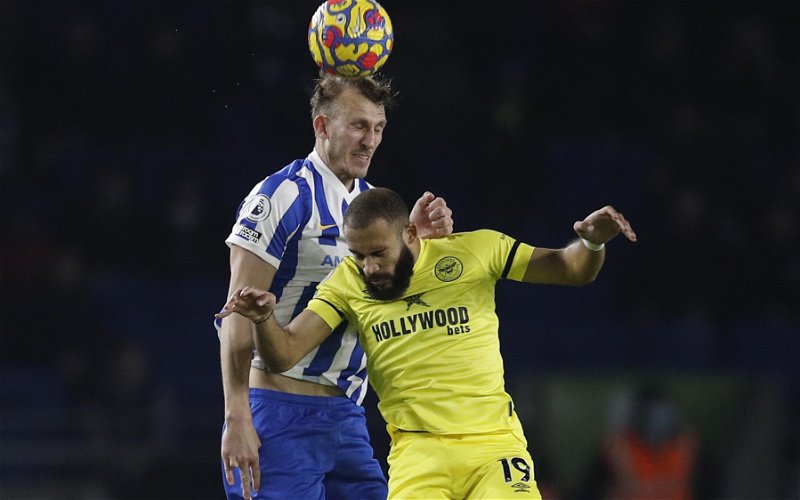 Newcastle United could make another move for Brighton and Hove Albion defender Dan Burn, according to The Athletic.

With Eddie Howe seemingly desperate to bring in defensive reinforcement before now and the shutting of the January transfer window, Burn is understood to have emerged as a target. Born in the North East and a boyhood Newcastle fan, the defender moved to Brighton from Wigan in the summer of 2018, having previously played for Fulham.

An £8m bid is understood to have been rejected, although another offer of over £10m could be made.

How does Burn compare to Newcastle’s other defenders?

Obviously, it’s hard to directly compare given Brighton tend to adopt a much more proactive style of play under Graham Potter than Newcastle have done for most of this season but Burn does compare well to both Jamaal Lascelles and Fabian Schar.

According to WhoScored data, the 29-year-old averages more tackles and interceptions than either player and boasts a much higher pass completion rate (81.8%) despite playing more of them per game. That, of course, does not necessarily translate into a team battling relegation and one not coached to play on the front foot until Howe’s arrival in November but does certainly make for favourable reading.

Also able to operate at left-back, Burn is a proven Premier League defender and could be a wise addition with so little time left in the window.

What has been said about Dan Burn?

Speaking to Brighton’s official website in the summer of 2020, Potter hailed Burn’s character as one of his most impressive aspects.

“He’s a very versatile player who’s got good technique, especially when you consider the stereotype of the attributes of a taller player,” he said.

“He’s proficient and physically he’s very strong. His attitude and character are great as well. He’s been really good to work with and he does his best every day and as a coach that’s all you can ask.”