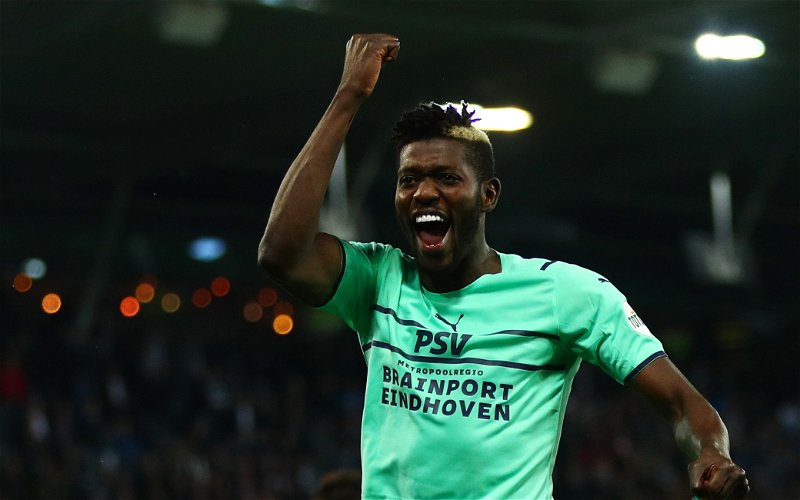 Newcastle United have added PSV Eindhoven’s defensive midfielder Ibrahim Sangare to their list of January targets, according to The Daily Mail.

Even aside from Isaac Hayden’s injury, defensive midfield has been a problem for Newcastle. Indeed, Mike Ashley would not green light a loan deal for Leicester City midfielder Hamza Choudhury over the course of the summer and none of Joe Willock, Jonjo Shelvey or Miguel Almiron can be considered overly defensive.

Throw in Sean Longstaff’s struggles too and the whole department looks incredibly weak.

To that end, the Ivory Coast international is said to have emerged as a potential as the PIF ownership desperately attempt to draft in reinforcements.

Why do Newcastle need a defensive midfielder so badly?

Few will need reminding that the defence is what will probably send Newcastle down this season as things stand.

Clearly, there needs to be a huge improvement at the back but, the fact is, the whole unit needs to get stronger. According to WhoScored data, only Burnley and Leicester City allow more shots on their goal per game (15.7) and Newcastle rank 14th in the Premier League for interceptions over the same period (9.2), suggesting the entire team is far too passive when trying to stop the opposition from creating chances.

Clearly, it’s not as if the lack of interceptions comes from dominating the ball and playing particularly expansive football like it does for Manchester City or even Brighton, so it’s an obvious area for improvement.

FBREF data notes that the former Toulouse man is average 2.46 interceptions per game for PSV this season, as well as 2.32 tackles won over the same period. For context, no one to have started over ten games for Newcastle this season can match those numbers on a per game basis.

Still, one issue is that Sangare is currently away on international duty at the Africa Cup of Nations with the Ivory Coast and, frankly, Newcastle need additions now.