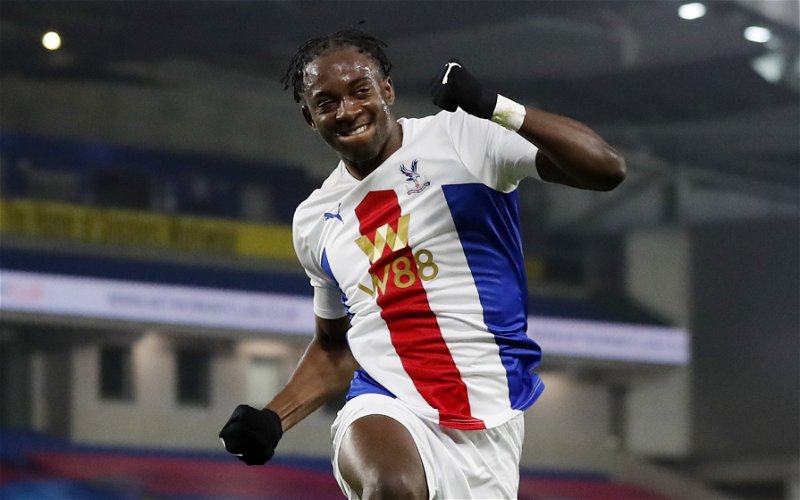 Newcastle United do hold an interest in a potential move for Jean-Philippe Mateta, sources have indicated to Nothing But Newcastle.

Despite a £25m move for Chris Wood, Newcastle could still add to their attacking line this month.

Indeed, while Joelinton has hit form recently, Eddie Howe has appeared to mould him into more of a box-to-box midfielder since replacing Steve Bruce back in November. Even before the campaign, the idea of having only Callum Wilson – who is relatively prone to injuries at the best of times – with just Dwight Gayle and the Brazilian as back-ups did seem risky.

To that end, Mateta has emerged on the radar of the Newcastle owners should they attempt to try and sign another forward. Sources do suggest, however, that his is one of many names considered during a busy January transfer window.

Who is Jean-Philippe Mateta?

A former French U21 international, the 24-year-old moved to Crystal Palace on loan in January of 2021 from Mainz.

During his time in Germany, Mateta scored 27 times in 71 games but has struggled at Selhurst Park. Limited to only 14 games, they have only yielded three goals.

Back in 2018, the Bundesliga’s official website described the striker as “a mobile frontman and decent dribbler”, although it should be noted that his career does appear to have stalled since moving to the Premier League.

What has been said about Mateta?

Speaking to reporters (via Football Daily) last week, Palace boss Patrick Vieira said: “He is a Palace player and he has been training really well all week.”