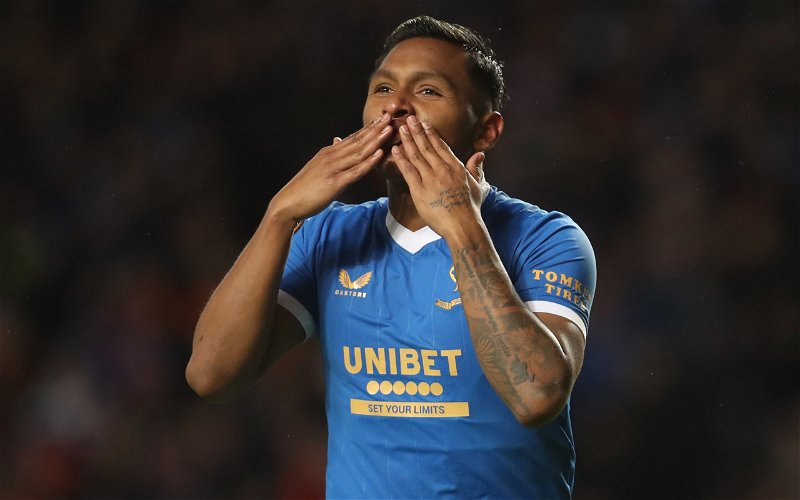 Newcastle United are not likely to make a move for Rangers striker Alfredo Morelos this month, according to Football Insider.

Following an injury to top scorer Callum Wilson, the club are thought to be looking for a new centre-forward in an effort to beat the drop. Indeed, even aside from the England international’s fairly worrying absence record, there has been an over-reliance on him since his £20m move from Bournemouth in 2020.

To that end, Morelos has been linked with a move to St James’ Park, something that also happened during the Mike Ashley era.

Is this a mistake?

That depends on what kind of striker Newcastle think they can land.

While there may have been a temptation to scoff at the Scottish market in years gone by, the recent successes of the likes of John McGinn and Kieran Tierney in the Premier League would suggest that players crossing the border can make a big impact in England right away.

Morelos, while a controversial figure in regards to his disciplinary record, has scored 107 goals in 211 games for the Glasgow giants and is also their top scorer in European competition, so would arrive with some pedigree.

If, however, the club feel they can land a striker with Premier League experience (something that could be crucial in a relegation scrap), it’s easy to see why they’d favour that kind of move.

What has been said about Morelos and Newcastle?

Speaking back in 2020 (albeit, the club were in a different context back then), pundit Darren Bent backed a move for the Colombian international.

“Thinking about some of the players that Newcastle have had up front – people with real personality like Asprilla, David Ginola, they’ve had some real characters up there,” he said to Football Insider (via The Chronicle).

“I think the Morelos one would be quite exciting, I think the Newcastle fans would absolutely love him.