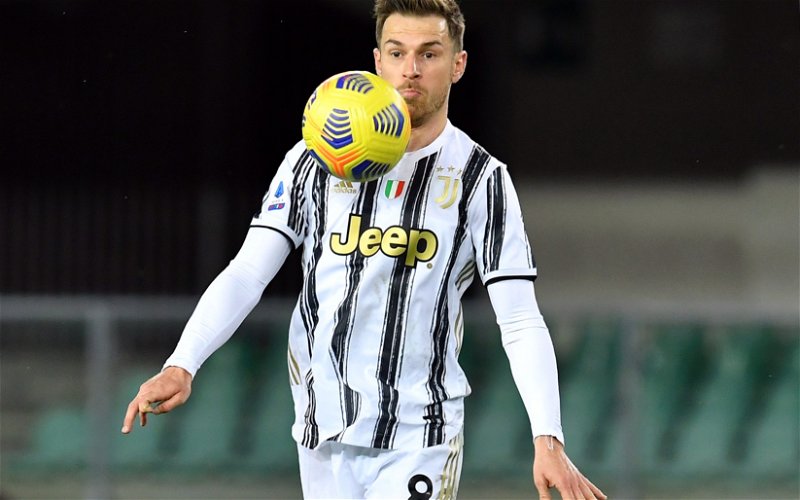 Newcastle United have been in contact over a “serious” proposal for Aaron Ramsey during this month’s transfer window, according to journalist Dean Jones.

While Kieran Trippier has been the name most frequently linked with a move to St James’ Park, the dire position the club find themselves in this season means they need far more than just one defender this month. Indeed, the lack of midfield dynamism in the team has been frequently lamented and, despite his success during last season’s loan stint, big summer signing Joe Willock has struggled thus far.

With that in mind, Ramsey is thought to have emerged as a target. Contact has reportedly been made over a potential move for the former Arsenal midfielder, who himself has failed to wholly convince since moving to Italy on a free transfer in 2019.

Does a move for Ramsey make sense?

Eddie Howe and the PIF ownership are understood to want Premier League experience this month in an effort to help new signings hit the ground running amid the club’s desperate battle to beat the drop.

Ramsey clearly has that in abundance and proved with Wales at last summer’s Euro 2020 tournament that, despite a tough time of things at Juventus, he can still operate at the top level. Over the Welsh campaign, the 31-year-old scored three goals in six games and was praised for his “energetic” display in their group stage win over Turkey in June.

A goalscoring midfielder with Premier League experience, Ramsey would be an ideal signing at this stage.

How much is Ramsey paid by Juventus?

This is where any potential investment gets somewhat risky.

Still, overpaying (as crass as that may sound in the current climate) might be a necessary evil given where Newcastle are. According to BBC Sport in 2019, the Welshman signed a £400k-per-week deal to move to Italy in the first place.

Anything close to that would surely make him the highest-paid player in Newcastle history.