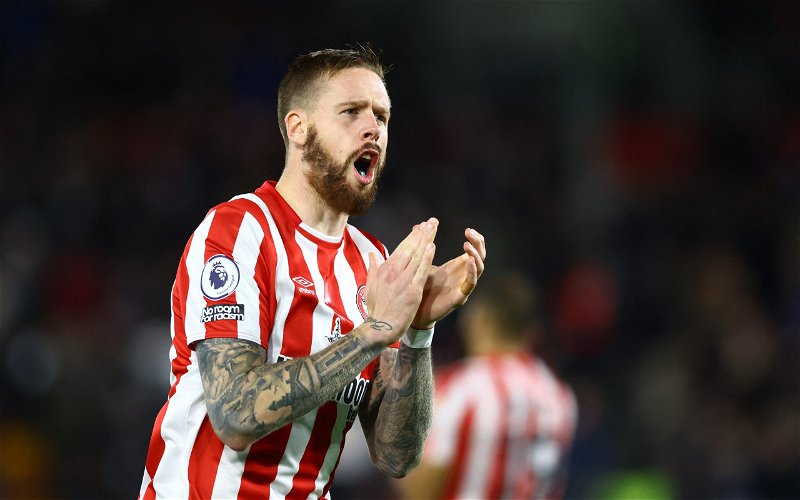 Newcastle United are among the clubs casting keen eyes over a potential move for Pontus Jansson in January, according to The Guardian.

Newcastle, Everton and Leicester are all understood to have looked at the 30-year-old as a potential signing after taking to life in the Premier League well for Thomas Frank’s side.

Jansson has started every top tier game since their promotion but is coming towards the end of his contract in West London as his current deal is due to expire in the summer of 2022.

Would Jansson be a good signing for Newcastle?

On paper, the idea of signing the Swedish international might sound fairly underwhelming, particularly given recent links to Bournemouth’s Steve Cook.

Still, with Eddie Howe reportedly wanting Premie League experience and part of PIF’s recruitment strategy said to focus around looking at players coming towards the end of their contracts, Jasson could be a logical addition.

This season, the former Leeds United defender has averaged 2.8 successful aerial duels per game (via WhoScored), higher than anybody at Newcastle other than Joelinton and Jamal Lascelles.

His 4.8 clearances over the same period would trial only Lascelles in Howe’s squad, while there are some key differences between Jansson and the Newcastle skipper.

FBREF data notes that Jansson has produced far more progressive passes per game (1.19 to 0.67) and, even when taking that risk, has managed to amass a higher completion rate (82.9% to 80.6%).

As a mid-season signing, Jansson does appear to make sense.

What has Jansson said about his future?

Speaking earlier this month, Jansson admitted Brentford weren’t the size of club he was used to playing for.

“Malmö is a massive club, and then I went to Italy to Torino, which is also a big, big club, and Leeds, crazy big club,” he said (via The Guardian).

“You couldn’t almost walk into the city because everyone is a Leeds fan.

“And then you move here to a smaller club. I feel the difference now that we are in the Premier League, the interest in this club is much bigger than what it was in the Championship.”