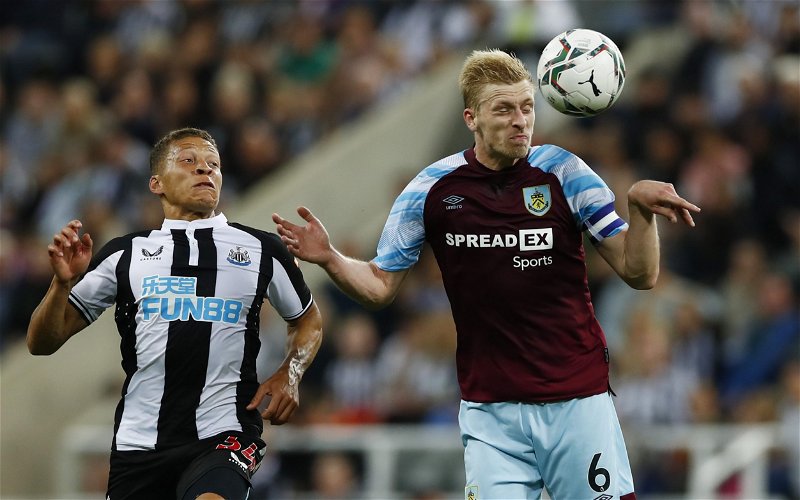 Dwight Gayle’s wages are likely to be a problem for any Championship team interested in signing him in January, according to The Sun’s Alan Nixon.

Given the lack of involvement for the 32-year-old under both Steve Bruce and Eddie Howe this season, Gayle has been linked with a host of Championship clubs.

Middlesbrough, Stoke, West Bromwich Albion and Nottingham Forest have all been linked with moves in January and, with Newcastle reportedly chasing the signing of Jesse Lingard, could be afforded an exit.

Still, when asked about Boro’s chase of the former Crystal Palace striker on Twitter, Nixon replied “Gayle wages a problem for anybody.”

How much are Dwight Gayle’s wages?

According to SalarySport data, Gayle earns around £37k-per-week at Newcastle.

With Championship clubs suffering financially following the Covid-19 pandemic, it does seem like a huge wage to take on for a player over 30 and one who has missed at least 13 games of the last two full seasons through injury.

His record in the second-tier (59 goals in 100 outings) will likely always make him a target for clubs looking to fire their way to promotion, though the level of wages he’s on make any investment – particularly halfway through the season – difficult.

Having been handed a new contract earlier this year, Gayle isn’t in much need of accepting a lower salary either. Unless a Championship club can find an agreement with Newcastle to split the wages, they would appear to be quite the stumbling block.

What has been said about Dwight Gayle?

Earlier this week, Eddie Howe sent a message to the players not currently getting much involvement in the first-team.

“Everyone is important, whether you are in the starting X1 or on the bench or just out of the squad, everyone has a huge part to play,” he said (via The Chronicle).

“As you know from experience football can change very quickly.”