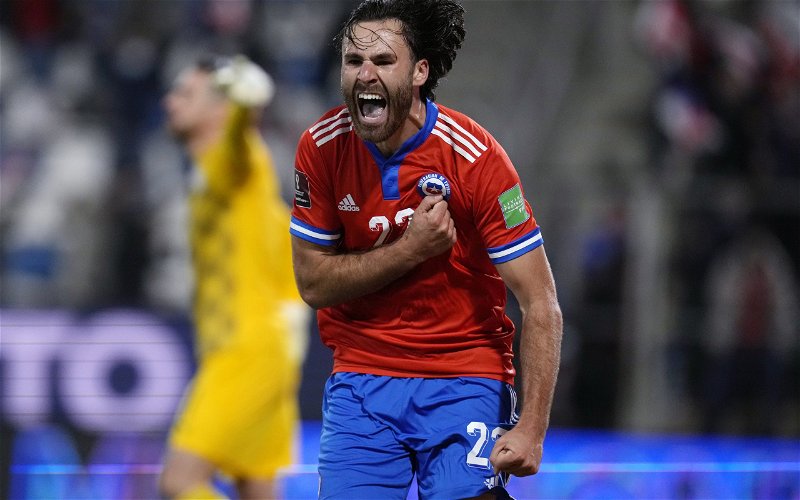 Newcastle United are amongst the club who have scouted Blackburn Rovers striker Ben Brereton Diaz, according to EuroSport.

The forward hit fame recently after emerging as a hero of the Chile national team, having received his first call-up after Football Manager users noticed he had was half Chilean and duly campaigned for him to be called up.

The 22-year-old was included in the squad for the 2021 Copa America and scored on his first start against Bolivia, making headlines around the world.

Out of contract at Ewood Park at the end of the season, the likes of Sevilla, Newcastle, Leeds United and Southampton are all thought to have tracked him.

How many goals has Ben Brereton Diaz scored this season?

So far, the former England U19 international has bagged 16 goals in 20 games, trailing only Aleksandar Mitrovic in the goalscoring charts.

According to FBREF data, he’s amassed a 53.6% shot on target percentage thus far (the fifth-highest of anyone to have played in over ten Championship games this season) and averages 0.23 goals per shot. Only Mitrovic, Lewis Grabban and Scott Hogan average more of strikers to have played in at least ten games.

Total Football Analysis spoke highly of his ability to carry the ball in progressive areas too, indicating Diaz is perhaps more than simply a striker who scores goals. Indeed, his 1.7 dribbles per game (via WhoScored) is the twelfth-highest in the entire league.

The Athletic recently suggested the club were looking at players coming towards the end of their contracts, so he would appear to fit that particular criteria.

Obviously, there’s a distinct possibility that Newcastle will be playing Championship football next season and, given his record in that division this season, Diaz does look proven. At 22 and potentially able to play alongside the likes of Callum Wilson and/or Joelinton, he could be a wise investment.