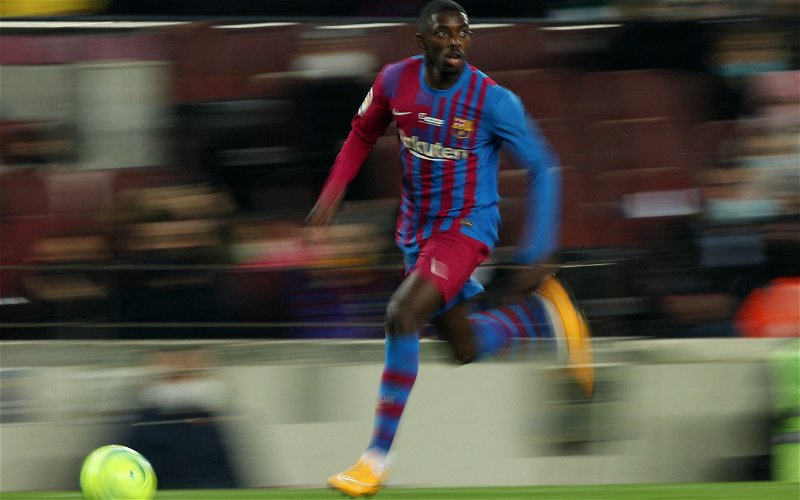 Newcastle United have told Ousmane Dembele they want to bring him to the club if they can avoid relegation this season, according to 90 Min.

The Frenchman has been perhaps the most eye-catching of the names linked with a move to the club since the PIF takeover. One of the most expensive players in world football and a World Cup winning forward, the 24-year-old is out of contract at the end of the season, despite the fact Xavi Hernandez is said to want to keep him at the Camp Nou.

Now, the former Borussia Dortmund forward is reportedly ready to leave the club as they are not prepared to offer him a pay rise on his substantial wages.

How much does Dembele earn at Barcelona?

The report suggests Dembele, who has failed to truly live up to his huge price tag, earns in the region of £200k-per-week. That, clearly, would be the most money Newcastle have ever paid a player, although a potential free transfer would obviously help finance the deal.

Just how good is Dembele?

Since his move to Barca in 2017, there have been questions as to the player’s attitude and a very frustrating injury record.

Described as a “superstar” by World Soccer Magazine in 2018, Dembele has recorded two assists in three La Liga starts for Barcelona this season, ranking third and fourth in their squad for both shots and key passes per game (via WhoScored) even in light of his lack of action.

What has Xavi said about Dembele?

Speaking to the press at his Barcelona unveiling in November, Xavi suggested Dembele could be one of the best players in world football if managed correctly.

“Dembélé can be the best player in the world in his position,” he said (via Guillem Balague).

“His renewal is a priority for me.”