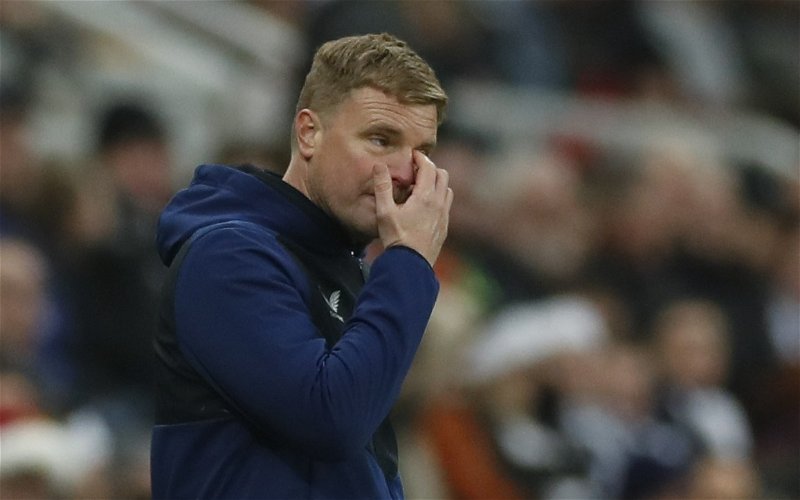 Newcastle United’s nightmare December gets no easier on Monday night.

Indeed, a Manchester United side who have not played since beating Norwich City on December 11 come to town, boasting the kind of frontline that could seriously exploit the home side’s defensive frailties.

Cristiano Ronaldo has already put Newcastle to the sword this season and, such was the manner of the defeat at Old Trafford in September, it reportedly lead to yet more problems behind the scenes for Steve Bruce.

Still, this a new Newcastle, or at least a club that’s trying to be.

Performances, aside form one or two, have improved under Eddie Howe, although he faces a difficult task. Already missing Jamal Lewis, Federico Fernandez and Paul Dummett, Jonjo Shelvey’s knock leave the Newcastle head coach light on options in the middle of the park.

Elsewhere, The Guardian claim both Emil Krafth and Javier Manquillo are doubts through illness, meaning Jacob Murphy might have to operate at right-back.