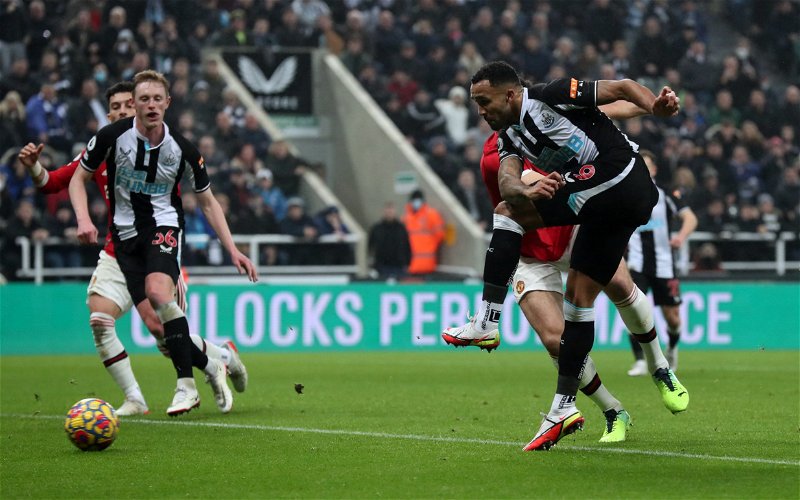 There has been a slight boost for Newcastle United on the injury front, according to The Daily Mail’s Craig Hope.

While the performance during Monday’s draw with Manchester United was certainly promising, the sight of Callum Wilson limping off towards the end of the first-half was of huge concern.

A rare example of a big-money signing to have worked for Newcastle over the last few years, there were initial fears that the England international had torn his calf muscle, ruling him out for a number of months.

Although Wilson is thought to be facing a spell on the sidelines, Hope has suggested there is optimism he will miss a month to six weeks, depending on the recovery.

How big a miss will Wilson be?

Aside from his goals (six in 14 for a struggling side is not a record to be sniffed at), the 29-year-old has proven an excellent foil for Allan Saint-Maximin over their time playing together. Last season, he managed five assists and the complexion of the campaign changed when they both returned from injury.

How will Newcastle react?

According to The Athletic, the club are now pursuing a striker able to carry the goalscoring burden, although that could cost a pretty penny in the notoriously arduous January transfer window.

What has Eddie Howe said about Callum Wilson?

Speaking after the draw with Manchester United, Howe admitted there was some concern over the player.

“I feared for him when he went down with nobody around him.”