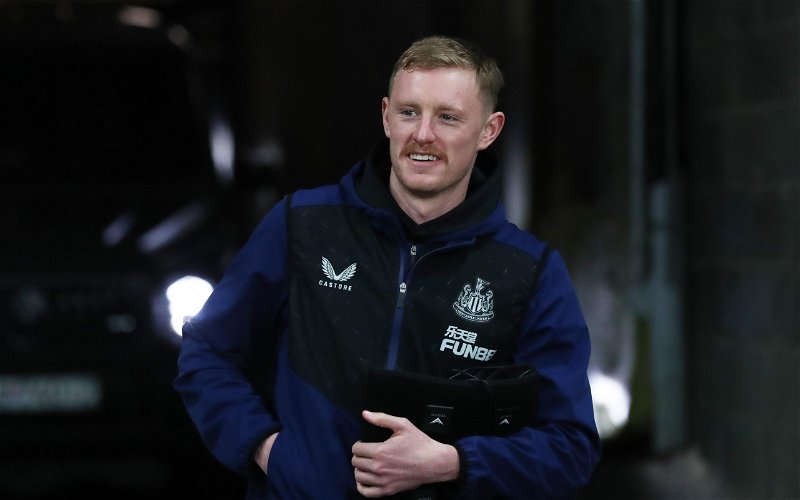 Longstaff, who has struggled to match the early promise he showed when breaking into the first-team under Rafa Benitez, is out of contract at the end of the season and has previously been linked with moves to both Everton and Southampton.

As it stands, he can talk to teams from abroad in only a few weeks’ time and has largely lost his place to the likes of Jonjo Shelvey, Isaac Hayden and Joe Willock. Indeed, even Ryan Fraser has played centrally ahead of him of late.

You’d save to say yes at the moment.

Football Insider claimed last month that Howe was eager to bring in a new central midfielder which would only push Longstaff further down the pecking order. Having only been afforded 19 minutes of action since Howe took over from Steve Bruce in November, it does seem as if he doesn’t feature prominently in Howe’s plans.

What went wrong for Longstaff?

It seems a long time ago now that the 24-year-old was compared to Michael Carrick.

While injuries certainly haven’t helped, Miguel Delaney of The Independent suggested back in November 2020 that people within football felt as if the lack of modern coaching under Bruce was part of the reason as to why he hadn’t developed his game.

Longstaff himself has admitted the rumours linking him with a big-money move to Manchester United in 2019 had turned his head somewhat too.

What did Howe say about Longstaff?

Speaking ahead of Sunday’s game with Leicester City, Howe said (via Lee Ryder on Twitter): “I’m aware of course [about his contractual situation], Sean is a very good player and he will have an opportunity to showcase his talent.

“He can show to me and the club he has a long-term future here. It’s in his hands as well not just our hands.”