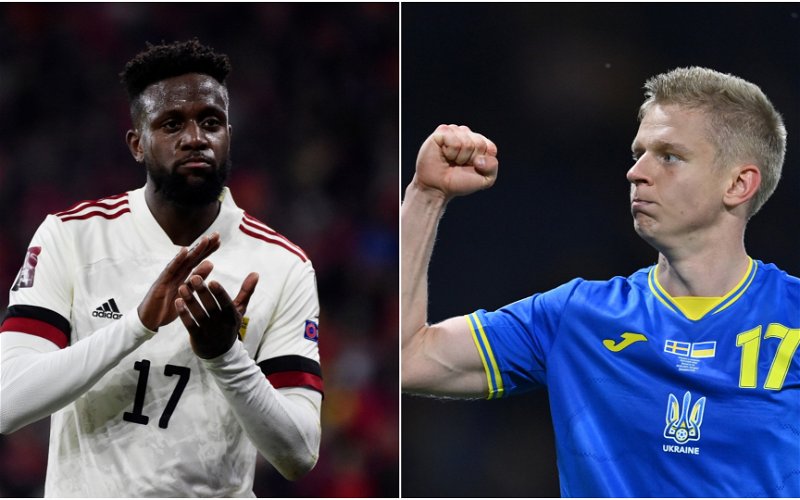 Newcastle United are considering loan moves for both Divock Origi and Oleksandr Zinchenko in January, according to The Northern Echo.

With Amanda Staveley recently revealing that head coach Eddie Howe would be backed in the January transfer window, it’s only natural to see names linked with a move to the club. After all, the team are in a dire position in the Premier League but the recent takeover could surely attract players to St James’ Park, even if only a short-term basis.

To that end, both Origi, who could help support Callum Wilson up-front, and Zinchenko – a versatile option able to cover positions in both defence and midfield – are both reportedly viewed as targets.

Which signing would be more important?

Ideally, Newcastle would strengthen in every area.

Still, that might not be possible in a notoriously difficult window and, while Origi has experience of scoring goals on the biggest stages with Liverpool, Zinchenko would surely make more sense.

Indeed, the Ukraine international is able to operate as both a left-back and in central midfield, two areas Newcastle have looked painfully short in for a while now. Last season, he averaged more interceptions (1.2) and was dribbled past fewer times (0.5) when compared to Matt Ritchie and Jamal Lewis on a per-game basis (via WhoScored) while also completing more long-passes over the same period.

Boasting title-winning experience, that kind of addition would be welcome at St James’ Park.

What has Pep Guardiola said about Zincehnko?

“He knows how to play football,” said the Spaniard.

“He’s playing at a good level, his consistency especially and he is always tactically smart and defensively, he is so, so smart he doesn’t make mistakes.

“He knows what he has to do to help the central defenders.

“He made an incredible step forward the past weeks, playing Stamford Bridge, against United at Old Trafford and he is playing at a high level. Really good”