News: Newcastle United could be an option for Dean Henderson 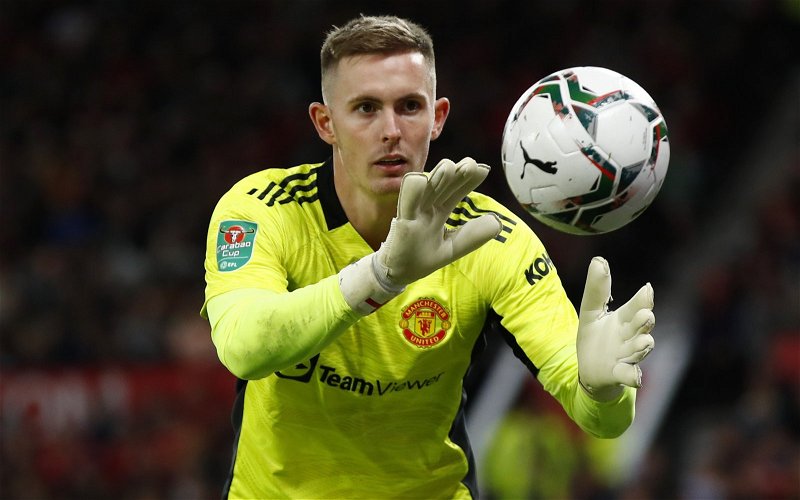 Newcastle United are one of the options Dean Henderson might consider should he leave Manchester United in January, according to The Daily Mail.

Clearly, the January window looks a huge one for Newcastle.

While they may not spend like many would have expected following the club’s takeover, it is the first time in 14 years they approach a window with huge excitement and, sadly, one of many occasions with which they approach it gripped by the fear of relegation.

Henderson, who has been unable to genuinely dislodge David De Gea at Old Trafford, is understood to be considering his future, although those in Manchester are reportedly unlikely to let him leave mid-season.

While there haven’t been any major goalkeeping concerns at St James’ Park prior to this season, Henderson does look like an upgrade for the kind of football Eddie Howe generally plays.

Indeed, the possession-based style the new manager played at Bournemouth would generally require a ‘keeper good with their feet. During the 2019/20 season, Henderson made 658 in-play passes, only marginally less than Martin Dubravka (263) and Karl Darlow (402) did during the entire 2020/21 campaign (via FBREF).

Obviously, merely making more passes doesn’t necessarily mean a player is a better passer but, crucially, Henderson made 74 while under pressure from an opponent. If Newcastle are going to build out from the back, the 24-year-old looks a much better option, as harsh as it would be to see Dubravka dropped.

What has Eddie Howe said about the January window?

Speaking at his official unveiling on Wednesday afternoon, Howe suggested he was not yet keen to think about the transfer window, preferring to focus on the players already at the club.

“January windows? I’m not sure, they’re very unpredictable,” he said to Sky Sports.

“Even to plan now is sometimes foolish, because things change at other clubs very, very quickly; players that may be available suddenly aren’t available.

“We can’t put our eggs in that basket, for me. If we don’t get the players who are currently at this football club performing as well as they can do, it’s not going to work.

“At the moment, I’m not looking at the January transfer window. All the speculation regarding players, which I’ve seen, is not relevant to us at this time.”