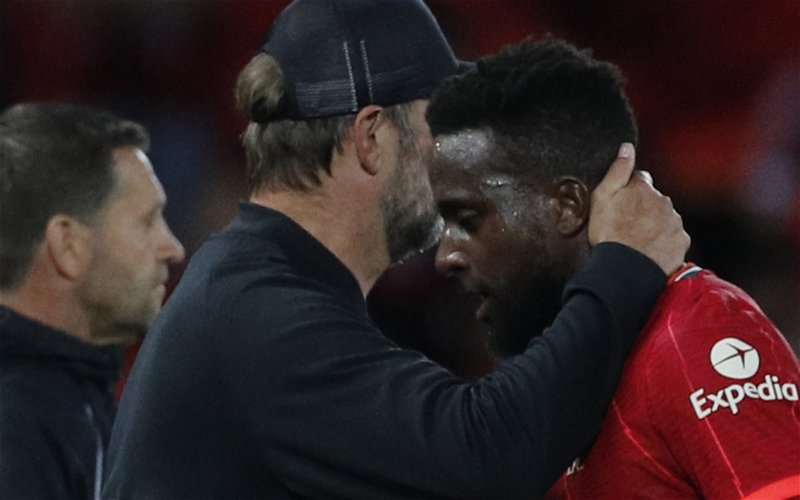 Liverpool do not want to allow Divock Origi to leave in January, according to The Northern Echo.

On Monday, the same outlet revealed that the Belgian was a target for the club in January in a potential loan deal.

Still, Liverpool boss Jurgen Klopp is understood to want to keep the 26-year-old at Anfield given both Mohamed Salah and Sadio Mane will depart for the African Cup of Nations in January. Indeed, that’s even despite Amanda Staveley reportedly believing Origi would be happy to move to Newcastle on a six-month loan deal to help kickstart his career.

Considering the situation Newcastle are in, not being able to strengthen the squad in any position has to be considered a blow.

Origi might not have been a regular starter on Merseyside but has impressed on the grandest stage, scoring vital goals in both the Premier League and Champions League so would arrive with a proven pedigree. Alongside Callum Wilson, Allan Saint-Maximin and a potentially revitalised Joelinton, Origi would give Eddie Howe plenty of options going forward.

However, what Newcastle need are defenders. While bringing in an alternative to Wilson would be a wise idea, the weakness in their team lies at the back, with no one conceding more in the Premier League thus far.

In an ideal world, of course, Origi would arrive as well as a batch of new options at the back. In terms of priorities, however, it’s hard to make a case for the Liverpool man being high on them.

Speaking earlier this month, Staveley did promise that Howe would be backed in January.

“We are preparing for the January transfer window,” she said (via Sky Sports).