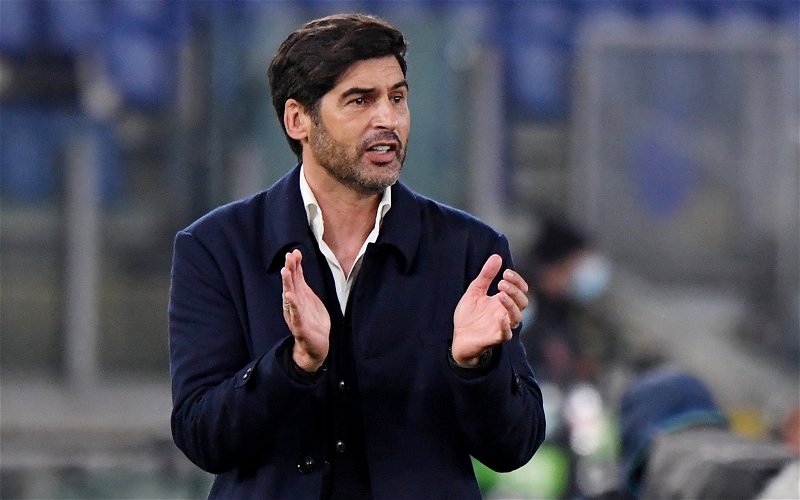 Paulo Fonseca “was really confident” he would land the Newcastle United job, according to Dean Jones.

At long last, Eddie Howe was appointed as Steve Bruce’s replacement on Monday and took his first training session on Tuesday.

The 43-year-old wasn’t thought to have been the first choice amid strong links to Villarreal chief Unai Emery, though he snubbed the idea of a move at the final minute, meaning the new ownership turned back to Howe.

Fonseca, meanwhile, is understood to have held talks with Newcastle and was even thought to have been a target when talk of the takeover first emerged in 2020.

What did Dean Jones say about the Newcastle manager situation?

“Eddie Howe has seen off Lucien Favre, he’s seen off [Paulo] Fonseca,” he said on the OddsChanger Youtube channel (19:08).

“Fonseca, for example, thought he put forward a really good pitch, he was really confident he was going to get this job.”

What did Fonseca pitch?

According to EuroSport, Fonseca had pitched five potential loan signings in the January transfer window in what was described as a “good impression” to the ownership.

Still, given Howe’s experience in the Premier League, as well as his strong interview, it was the former Bournemouth manager who the club understandably turned to in their time of need. Adrift after 11 winless games thus far, appointing a manager who has at least worked in the country before does make sense.

Clearly, merely having worked in England before does not guarantee success, but it is logical to value that considering the bleak situation the club are currently in.

What has Howe said about the Newcastle job?

Speaking to the club’s official website after his appointment, Howe talked up the “journey” awaiting him at St James’ Park.

“It is a great honour to become head coach of a club with the stature and history of Newcastle United. It is a very proud day for me and my family.

“This is a wonderful opportunity, but there is also a lot of work ahead of us and I am eager to get onto the training ground to start working with the players.