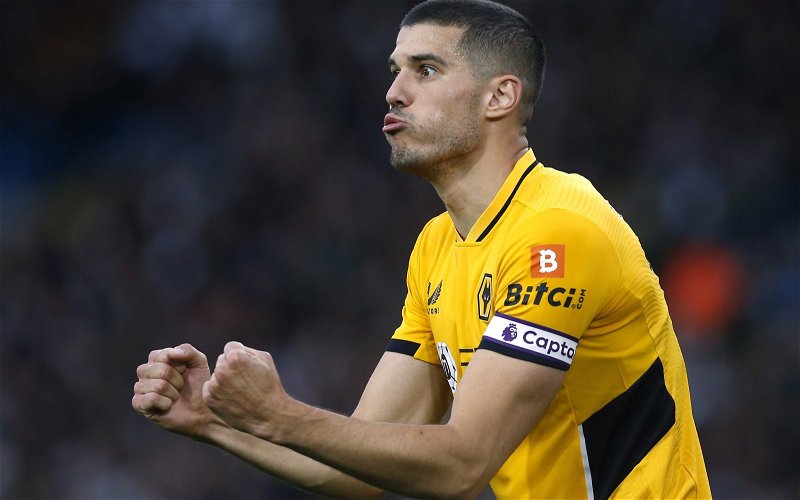 Newcastle United have put England international Conor Coady on their wishlist ahead of the January transfer window, according to The Sun.

What has been obvious this season is the lack of options in defence. Indeed, only Norwich City have conceded more often than Newcastle after a chronic lack of investment in that particular area of the pitch and, if the team are going to stay in the Premier League, improvement is clearly needed.

Wolves star Coady is believed to be an early target of Frank McParland (who is said to be advising the new owners ahead of the January transfer window) after the pair worked together in the defender’s earlier career at Liverpool. For their part, Wolves are believed to be reluctant to lose what is an influential player to a rival towards the bottom of the Premier League and would likely demand a fee of upwards of £20m.

Would Coady be an improvement on Newcastle’s current options?

The need for a ball-playing centre-back was something discussed by The Athletic in the wake of the loss to West Ham United in August and, while Coady may not be in the mould of a John Stones or a prime Gerard Pique, his passing range is something that has often been praised.

Defensively, he’s averaged more interceptions per game (1, via WhoScored) than Jamaal Lascelles and Federico Fernandez as well as more tackles than both players. Alongside James Tarkowski (another potential signing), perhaps the two could offer more in the way of defensive solidity.

Clearly, there’s no guarantee on that but the pair do have Premier League experience and would strengthen an area of the squad that has so often been neglected.

What has Coady said about the Newcastle takeover?

Speaking to talkSPORT earlier this month, Coady spoke in favour of the recent takeover.

“It’s got everyone talking. Newcastle are an absolutely incredible football club. You feel that when you go up and play there,” he said.

“It’s brilliant for them, but they’re going to be tough to play. You want the Premier League to get better. It is something we’re looking forward to.”