News: Brendan Rodgers has no interest in Newcastle United job 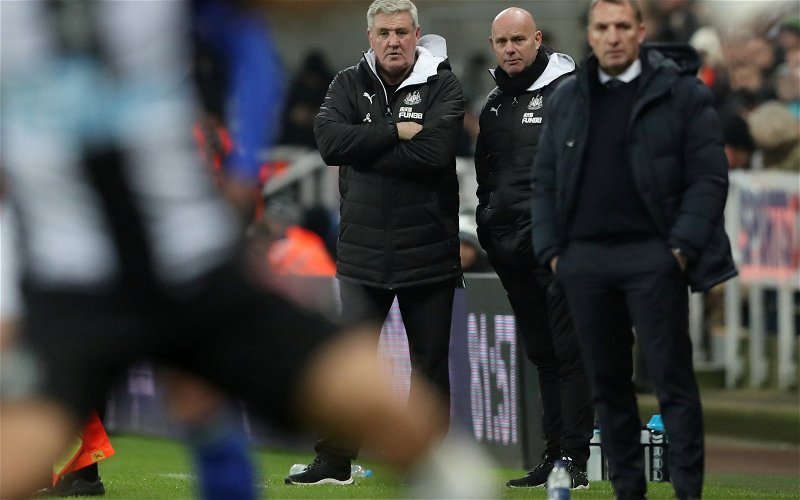 Leicester City manager Brendan Rodgers has no interest in talking to Newcastle United about the prospect of becoming manager at this stage, according to Sky Sports.

The 48-year-old had been linked with a move to St James’ Park following the club’s takeover. Indeed, as one of the leading Premier League managers not working for an established elite side (despite Leicester’s success) the idea of him joining a newly-rich side did not instantly sound as fanciful as appointing a manager currently at the top of the game.

Still, Rodgers is believed to be happy in his job at the King Power Stadium and believes there is still more to achieve with his current squad.

For now, Steve Bruce remains in the role as is reportedly set to face the media on Friday ahead of Sunday’s game with Tottenham Hotspur.

Not being able to attract a manager of Rodgers’ ability can never be considered a good thing.

Proven in the Premier League and finally winning a major trophy last season, the former Liverpool coach’s attacking style of play would have surely been welcomed by the new regime, as well as the club’s support.

In fact, it’s also a reminder of where Newcastle are at the moment. Yes, a new beginning with wealthy backers is an exciting prospect but this is a process that will take years. At the moment, the club lacks the kind of infrastructure those with similar financial muscle have and those foundations are not built overnight.

Frankly, it would be wise to take stock. Mike Ashley has gone, that’s the most important thing right now.

Under the new ownership, fans can start to look forward. Still, it’s about running before we jump.