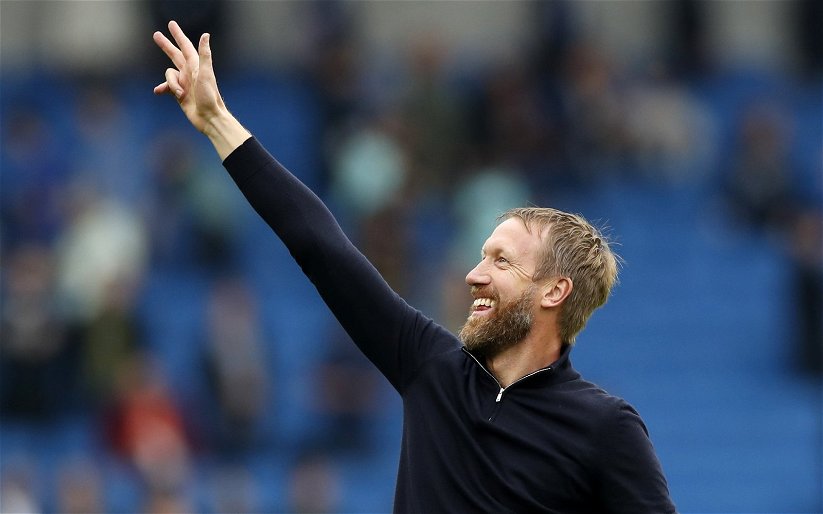 Graham Potter is in the frame for the Newcastle United job, according to The Sun.

With Steve Bruce expected to depart following the club’s takeover, Nothing But Newcastle have been told an approach has been made for former Chelsea manager Antonio Conte.

Still, that is clearly an ambitious move and, as promising as the change in ownership is for Newcastle’s long-term prospects, Conte may not want to come into what is effectively a relegation scrap at the moment.

To that end, Potter is believed to have emerged as a potential candidate as the new regime look to develop the club in all aspects.

Would Graham Potter be a good appointment for Newcastle?

Based on the job he’s done with Brighton, it’d be fair to suggest he would be.

Noted for playing an attractive brand of football, he’s transformed a previously rather attritional side into one of the most eye-catching in the Premier League. While much was made about Brighton’s inability to finish chances last season, Callum Wilson (fitness dependant) would surely be an improvement on what he had on the south coast last season.

For comparison, Wilson outperformed his xG by +0.7 (via FBREF) last time out, while Neal Maupay underperformed by -5. Obviously, things rarely work out that simply but it is indicative of the quality of finisher the Newcastle star is compared to some of his peers.

If Potter could do something similar in terms of overall structure on Tyneside, the team might be able to do what Brighton could not last season. That’s not to say he would necessarily but you can certainly see the logic from his admirers.

How much would it cost to appoint Graham Potter?

Back in June, The Sun also claimed Brighton would look to demand a compensation fee of around £15m amid the 46-year-old’s links to Tottenham Hotspur.

Paying that kind of figure would certainly be a statement of intent from the new ownership.