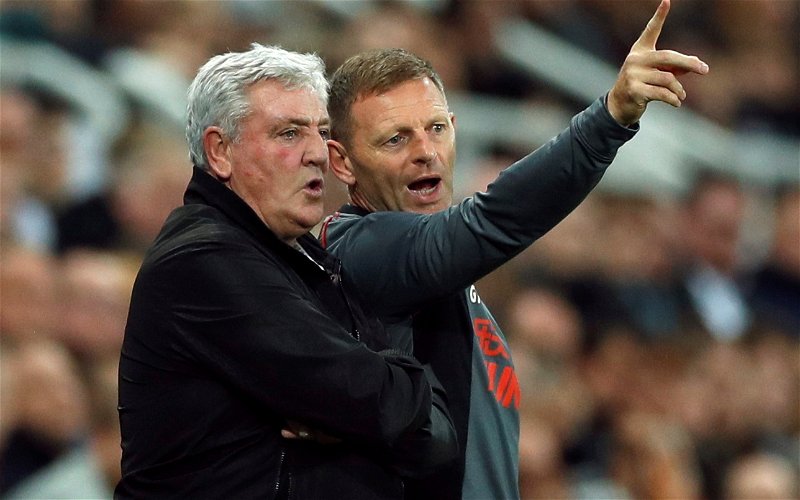 Sources close to some Newcastle United players have suggested that merely relieving Steve Bruce of his duties would lead to an uptick in performance, according to The Athletic.

With the Bruce era finally over, attention has turned to finding his replacement.

Despite the newfound riches off the pitch, the new owners are certainly in a difficult position. Clearly, it’s imperative Newcastle stay in the Premier League if the project is going to remain on track, so an interim coach capable to keep the club up might be necessary in lieu of a long-term and expansive appointment.

Still, the feeling in the dressing room appears to be that there is a hope that Bruce’s departure will naturally raise the standards.

Why would the players feel that way?

Well, according to a recent report in The Daily Mail, discord within the dressing room started back in 2019. Indeed, there was also reportedly a feeling that standards at the training ground had slipped and one player even went back to his old club for programmes on fitness as he did not feel he was getting enough on Tyneside.

Bruce also publically blamed a number of players for succumbing to a late draw at home to Wolves in February with Matt Ritchie then calling him a ‘coward’ at training. Against Manchester United earlier this season, Bruce is said to have blamed Isaac Hayden – playing out of position – for not doing more to prevent Cristiano Ronaldo from scoring, something some of the players took issue with.

What has been said about Graeme Jones?

While it’s hard to see interim manager Graeme Jones being handed the role on a full-time basis considering his lack of experience, star striker Callum Wilson did reveal he was more ‘up to date’ than Bruce when speaking to Alan Shearer for The Athletic in August.

“I think Graeme Jones coming in as a coach definitely complemented the manager because he’s a little bit more tactically aware and up to date, whereas the manager has his different strengths and attributes,” he said.

“When you see the results towards the back end of the season and the way we were in games, we had more of a style and philosophy.”

Hopefully, those more contemporary methods could yield more from a team who have seriously underperformed thus far.